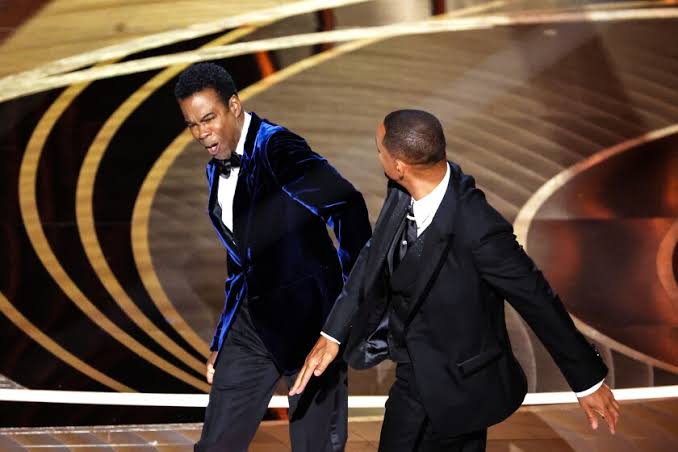 Will Smith received another award for his performance by King Richard, three months after being banned from the Academy Awards for a decade because of his outburst at this year’s ceremony.

At Sunday’s BET Awards, Will Smith, 53, won Best Actor for the Sports Drama, which also won Best Picture, although he did not attend the awards ceremony to receive the win in person.

The other actors in the category (which also includes television appearances) were Adrian Holmes and Jabari Banks for Bel Air, Anthony Anderson for Black-ish, Damson Idris for Snowfall, Denzel Washington for The Tragedy of Macbeth, Forest Whitaker for Respect and Godfather of Harlem and Sterling K. Brown for This Is Us.

His big Oscar win was overshadowed when, moments before in the March 27 ceremony, Smith took the stage and punched Chris Rock after the comedian joked about his wife Jada Pinkett Smith’s shaved head. Jada lives with alopecia, and Smith explained in a statement days later that the punch line was “too much for me to bear” and he “responded emotionally”.

“I want to apologize to you publicly, Chris. I was out of line and I was wrong. I am ashamed and my actions were not indicative of the man I want to be. There is no place for violence in a world of love and kindness,” added Smith, who later resigned from the Academy, which subsequently banned him from attending their ceremonies for the next 10 years.

In his statement on resignation, Smith said: “I have denied other nominees and winners the opportunity to celebrate and be celebrated for their extraordinary work. My heart is broken. I want to draw attention again to those who deserve attention for their achievements and the Enabling Academy to go back to the incredible work it does to support creativity and artistry in film.”

In the weeks since the Oscars, Rock, 57, has made short jokes during stand-up performances that reference the moment, but he hasn’t talked about it extensively yet. He has said he will “talk about it” eventually.

He concluded at the time, “Change takes time and I am committed to doing the work to ensure that I never again allow violence to overtake reason.”

Pinkett Smith, 50, spoke of the incident on a recent episode of her Red Table Talk show, saying: “On Oscar Night: My deepest hope is that these two intelligent, capable men will have a chance to heal, figure this out. talk and reconcile. With the current state of the world, we both need them, and really we all need each other more than ever. Until then, Will and I will continue to do what we’ve been doing for the past 28 years – which is [to] keep figuring this thing called life together. Thanks for listening.”

was original published at “https://www.glamcityz.com/will-smith-wins-best-actor-at-bet-awards-3-months-after-oscars-controversy-with-chris-rock/”