Why the next ‘it’ bag is one you’ve seen before 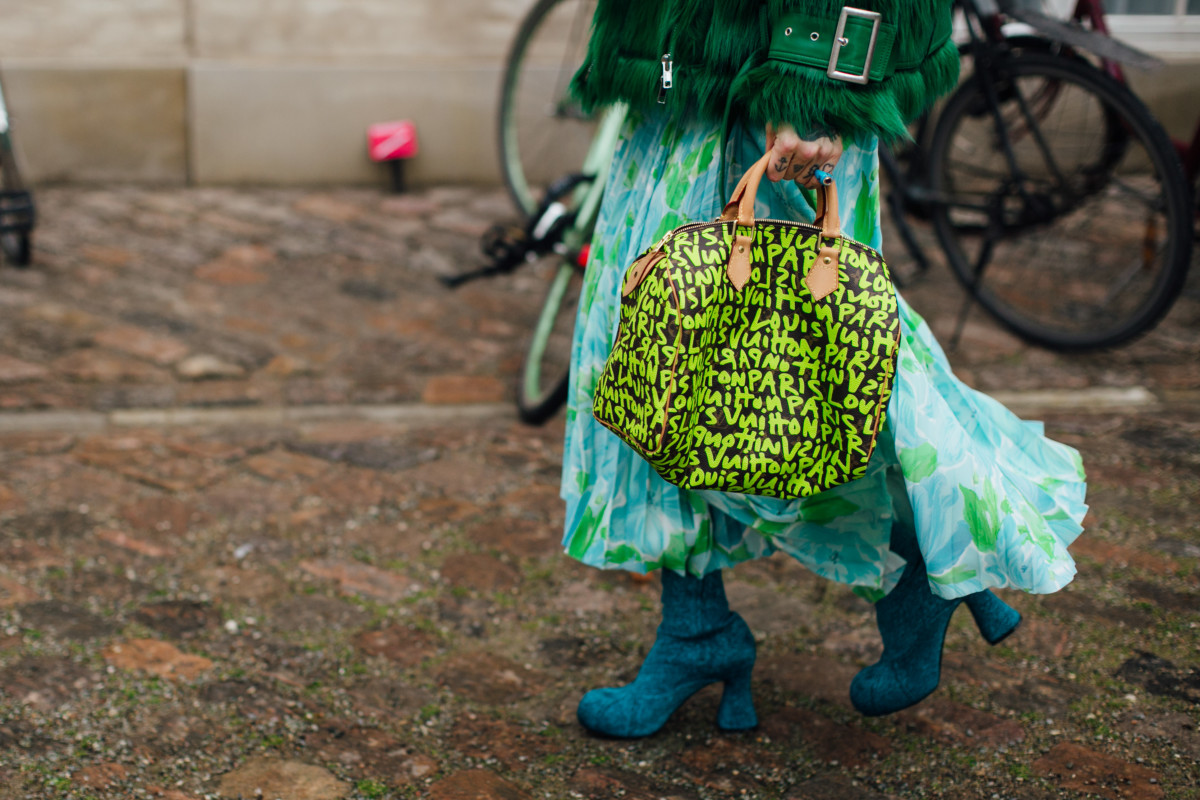 In 2015, Lyuu Hoffmann picked up their first vintage Dior fixer-upper, a pink Oblique Trotter Bowling bag covered with the house’s signature logo print. They soon fell in love with the restoration process, finding cool worn-out bags and bringing it back to life. One bag became a collection, and in 2018, as he struggled to find work, Hoffmann launched a Depop in hopes of selling some of the restored finds.

“At the time, the Dior print had not yet been revived by Maria Grazia Chiuri, and [still] it was sold within a week. I became addicted,” Hoffmann says.

Although it took four years to accumulate more than 70,000 followers, Hoffmann — who says they ignore trends and go with their guts — explains that the interest in their finds (particularly John Galliano-era Dior and Vivienne Westwood) has taken off in a big way. “My designer bag sales have really grown during the pandemic,” they say. “People wanted to experience a fantasy of another time.”

Motivated by value, scarcity and a sense of nostalgia, shoppers are increasingly looking to the second-hand market for their next It-bag purchase. “New” was a word that has floated the fashion world for so long, spurred on by the meteoric rise of fast-fashion giants like Zara and H&M. But amid the uncertainty of the Covid-19 pandemic, shoppers have found renewed solace in pieces from the past.

“In times of uncertainty (as we are currently seeing with the pandemic), nostalgia can be likened to a safety blanket, providing familiarity and reassurance during periods of change,” said Jane Collins, Footwear and Accessories Senior Editor at trend forecasting firm WGSN.

With purchasing power within the market shifting to an increasingly younger clientele, there is a certain desire to embrace the ’00s in particular—the defining teen years of many millennials. “Our customers in their late twenties and early thirties are like, ‘I want this bag because I couldn’t afford it when it first came out,’” said Jack Miller, a buyer at the Fashionphile resale site. “It’s cool to get to where they can afford it now that they have more disposable income.”

The rise of the vintage “It” bag is also a nod to how a newer generation of shoppers are willing to spend their income, according to Rebag CMO Elizabeth Layne: “The handbag customer is getting a lot smarter. The second-hand market has helped because there are “There’s more transparency. People understand the potential resale value. They look at handbags the way people have looked at watches for decades.”

This desire to specifically bring back the naughty clothes style is not a phenomenon that only applies to handbags. In recent years, beloved labels of the era like Blumarine and Roberto Cavalli have seen a resurgence in interest, and celebrities have re-enlisted trends like low-rise pants and velvet sweatsuits (much to the horror of many millennials). But the rise of many of the nostalgic bags — the Fendi Baguette or Balenciaga’s Moto, for example — culturally overshadows the arrival of many of the industry’s newest additions.

“I don’t think it works anymore if you can put a celebrity on an ad and say, ‘Oh, great, they’re going to wear it,'” said Liana Satenstein, senior fashion writer at Vogue. “People want community, they want a story, they want an ‘If You Know You Know’ factor.” 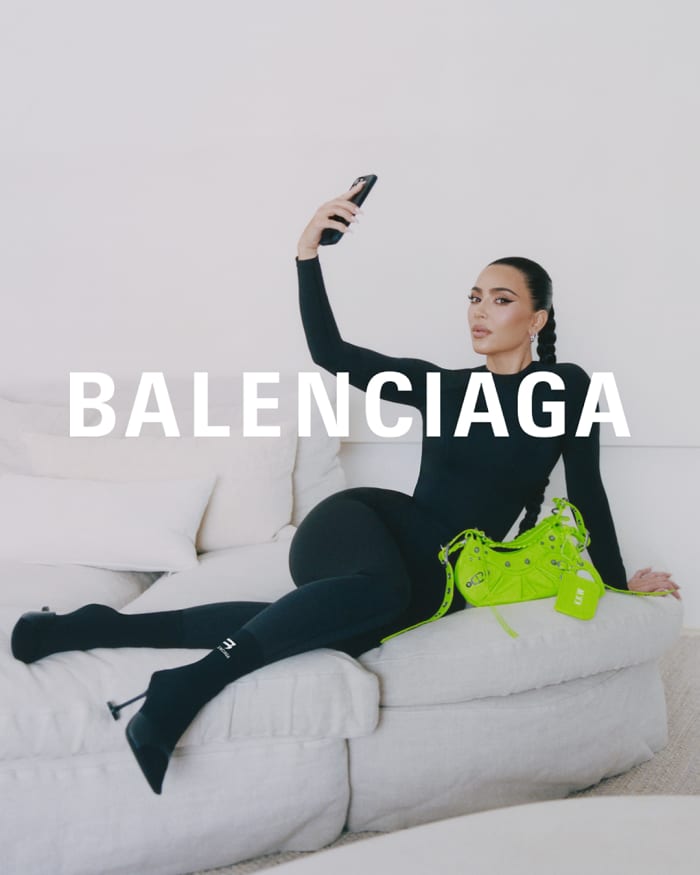 Still, there are a number of current brands that are able to capture the Gen Z-led desire for fashion with a story. Teflar Clemens’ eponymous label and Raul Lopez’s Luar are examples of smaller labels that understand how to build an authentic community and buzz around their products.

“When a bag is hard to come by, demand increases — something we saw recently with the Telfar bag,” Collins says. “Limited stocks and targeted drops have fueled interest and helped this affordable bag achieve cult following.”

For a consumer seeking the cachet and uniqueness that a vintage bag can provide, these contemporary designers provide a reason to buy with a story and connection to a community.

“Those bags, even 15 years from now, will have the same bloom as the Balenciaga Moto bag because they create such a strong story with their design,” says Satenstein. “It’s not just a design – it’s a story.” She also cites Balenciaga as an example of a larger fashion brand that has managed to embrace brand nostalgia in a modern way with the launch of Le Cagole, a bag that references the now-buzzing Moto style but offers something new for customers (and was modeled by none other than Kim Kardashian).

Other major fashion houses have reissued past favorites – take Prada’s Re-Edition collection as a popular example. It’s a move that can drive buzz in both the primary and resale markets in a self-fulfilling cycle. Because interest in a vintage style fuels a brand’s desire to own sales and present a new take, contemporary marketing campaigns (usually centered around influencers styling the bags their own way) can encourage followers to look turn to cheaper options on the second-hand market. 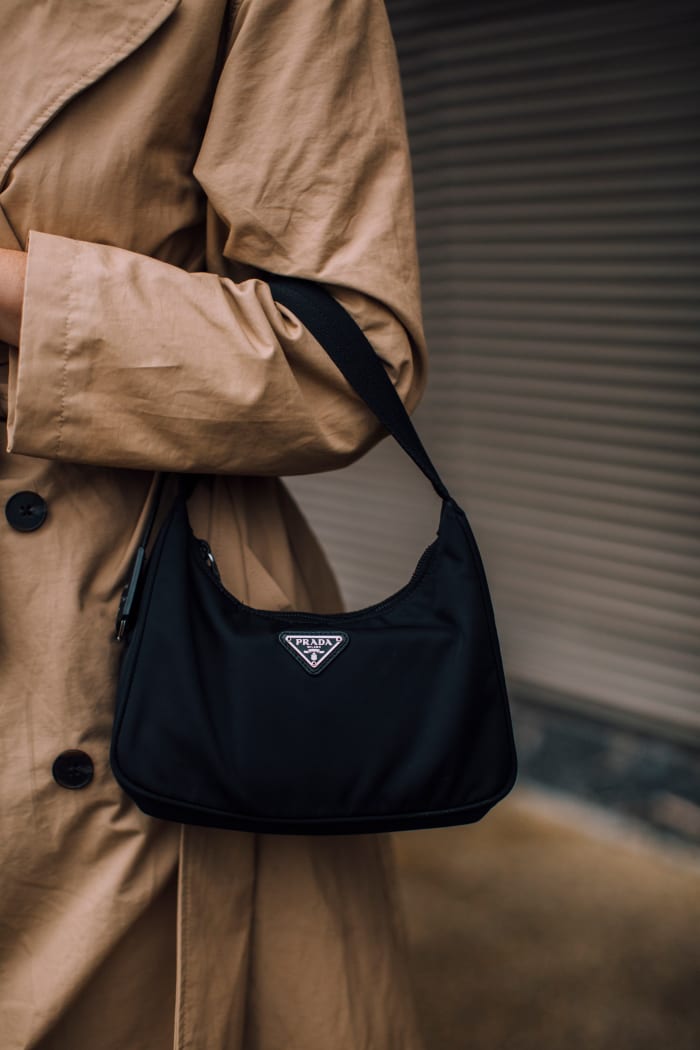 Sustainability and cost awareness also respond to the desire to jump for something old. In general, resale is increasing and consumers are actively looking for ways to grow their wardrobes that are not only greener, but tell a story while still fitting within a necessary budget.

“Listen, why not spend $175 on a Stam bag or the Balenciaga Motorcycle bag?” says Satenstein. “You can get a piece of history instead of dropping $800 dollars on whatever a home is trying to sell.”

Satenstein’s $800 is a low estimate when it comes to the price of new luxury bags, leading consumers to look for alternative options. In 2021, Chanel increased the prices of its handbags three times, with changes totaling thousands of dollars. That bump drives consumers toward the second-hand market — not just for price, but for items that hold their value over time.

“Vintage Chanel has increased in value between 50 and 80 percent in the past year,” says Layne. “Chanel Vintage” [bags] are always popular and retain their value as newer models get price increases. The black Classic Flap or black vintage Diana is always one of our top sellers.”

Experts also cite pop culture as a major stimulant for interest in past styles. “And Just Like That”, HBO’s new chapter in the “Sex And The City” franchise, along with the reboot of “Gossip Girl” have helped fuel interest in silhouettes like the Fendi Baguette and Marc Jacobs Stam bag. has been rekindled. Likewise, celebrities spotted in vintage designs can rekindle interest. Between November 2021 and January 2022, searches for the city of Balenciaga on Rebag increased by 475 percent as a result of the “Y2K” revival and the bag’s placement in the above shows.

For those working to stay ahead of the next It bag, it makes sense to look to current runways as a starting point. As designers refer to styles championed by major fashion houses two decades ago, embracing the original design is one way to join the conversation in a more unconventional way.

“The ones I’m looking at right now are… I’m not sure what the term for this is, but hobo bags,” Hoffmann says. “There are a few pieces from Dior that are full circles [the Dior half Moon bag] that I have seen. Usually when I’ve gone with trends, it’s always been on my instincts, and for some reason I think it will be soon.”

Satenstein suggests Fendi’s Spy bag, which was first released in 2005. (“Fendi is a brand with great quality and a pretty great resale value,” Miller says.) Other options to consider include a YSL Mombasa of the same shape or something from Vivienne Westwood.

The bottom line: When you invest in an “It” bag that has gone through the whole trend cycle, you can never go wrong with whatever inspires your own sense of nostalgia.

was original published at “https://fashionista.com/2022/02/vintage-it-bag-investment-trend”

Dump Your Frumpy Fall Jackets and Invest in One of These! (Fashion Over 40)