Meow! the batter star Zoë Kravitz got a visit from some of her feline friends while hosting Saturday Night Live last night. Watch the clip below.

While Batman may rule the box office, it was Catwoman who stole the spotlight on Saturday Night Live last night.

As part of her opening monologue, host Zoë Kravitz expressed how serious she was about portraying Selina Kyle in the new Matt Reeves film The Batman, saying, “I watched the movie musical Cats every day for a year.”

“What,” she added, “I actually heard was the same way Joaquin Phoenix was preparing to play the Joker.”

But before the High Fidelity actress, 33, could continue, she was joined onstage by Kate McKinnon, dressed in Michelle Pfeiffer’s costume from the 1992 film Batman Returns. The SNL cast member explained that Zoë is now “part of of a proud lineage of Catwomen, each with their own origin stories.”

Things quickly spiraled out of control when Kate lit up the “cat signal” and summoned a collection of cat men and women who hilariously portray Ego Nwodim in Eartha Kitt’s costume from the 1960s TV show Batman, Aidy Bryant as a literal cat lady playing a cat in a shopping cart and Chris Redd as comedian Katt Williams.


This post Watch Zoë Kravitz’s SNL Monologue Get Crashed By Multiple Catwomen was original published at “https://www.clichemag.com/celebrity-news/watch-zoe-kravitz-s-snl-monologue-get-crashed-by-multiple-catwomencmpidrss-000000-rssfeed-365-topstoriesutm_sourceeonlineutm_mediumrssfeedsutm_campaignrss_topstories/”
Tweet Pin It 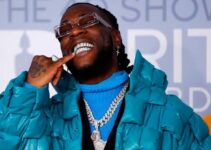