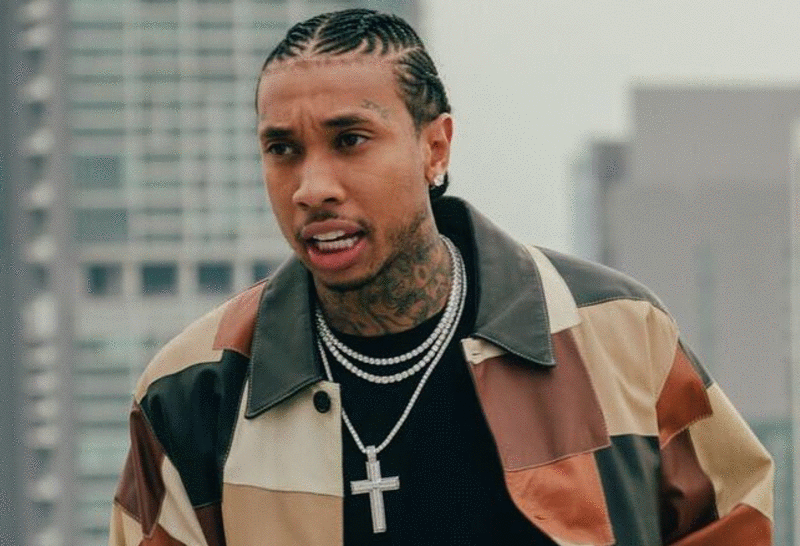 Tyga has faced another lawsuit over his new “Wavy Baby” sneaker design that collaborated with MSCHF.

Vans claims the rapper stole their signature sneaker silhouette. The Tyga-designed skate sneaker was released on Monday (April 18) and costs $220. Tyga recently took to Twitter to let fans know that the shoes sold out in just 10 minutes.

Prior to release, a lawsuit was filed last week by Vans alleging that MSCHF had stolen parts of their classic Old Skool silhouette.

The colorways are related, but the MSCHF pair use wavy white lines that more closely resemble a person’s heartbeat on an EKG scan.

HighSnobiety spoke to MSCHF who claimed that Vans “stabbed” them in the back and wanted half of their revenue from the partnership.

“Vans contacted us to proactively reach a settlement,” MSCHF said. “It turned out that they shook hands with us while stabbing us in the back.”

“Around the . to have [Wavy Baby] drop go live [on April 18], they offered specific terms (as recently as 24 hours ago) in which they asked for, among other things, half of the profit and also four pairs of shoes for themselves. They also indicated that they were willing to agree on future collaborations with LMAO.”

was original published at “https://www.glamcityz.com/vans-sues-tyga-over-wavy-baby-sneaker-design/”