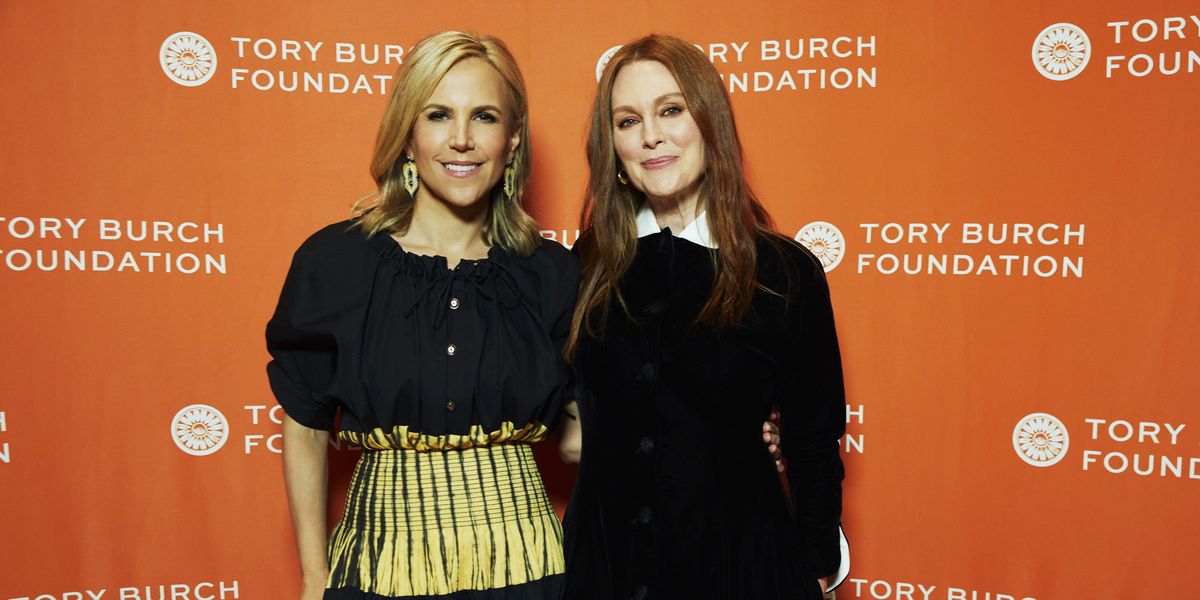 There is no doubt that in the past two years of the pandemic, we have changed our relationship with ambition. In February, the New York Times called it “The Age of Anti-Ambition,” a culture in which “the primary emotion a job evokes now is the determination to persevere.” Several young, high-profile athletes have publicly chosen to take a step back in their careers to prioritize their mental health and well-being. Millions have been forced and chosen to quit their jobs; even our aesthetic choices are seen as balm for a society that is set on fire and then left to burn.

But a scene so bleak (hopefully) can’t last forever. And Tuesday, at the Tory Burch Foundation’s third Embrace Ambition summit, it was nowhere to be found. At this year’s summit, focused on confronting stereotypes and creating new standards, panelist after panelist offered their passions and expertise to illustrate a different kind of — quite an ambitious kind, to say the least.

From there, there were leaders from a variety of sectors, including business, literature, prison reform, medicine, sports, gun violence prevention, reproductive justice, science, and music. During a powerful panel on gun control, actor Julianne Moore encouraged participants to speak out about gun safety in their communities and with their elected officials. When Burch Moore asked if she was getting a response for being such an outspoken advocate, Moore said, “I haven’t, and I think it’s very, very important to talk about that. I have received nothing but gratitude.” She continued, “It’s not dangerous! [to speak about this]† A majority of people believe in common sense gun laws, right? A majority of people want this. It is important that we make ourselves known.”

Dolores Huerta, the iconic labor organizer and president and founder of the Dolores Huerta Foundation, echoed a similar sentiment during a touching conversation between her and actor and activist Rosie Perez. “Right now, our democracy is in crisis, and we are the only ones who can save it,” Huerta said, urging everyone to vote for people who “will fight for us”. Before leading everyone to sing her famous catchphrase, “sí se puede” or “yes we can,” she continued, “We must all be the messengers of peace. We must all become organizers… We cannot have democracy if take it for granted. It’s a participative sport. If we don’t participate, we lose it.”

Speakers also discussed how we can make room for even more women in power on a granular level. In a video recorded for the summit, Mindy Kaling shared with multiple Hollywood hyphens how her perspective has changed after years of working in television. “When I first came into the business, all I wanted was to keep my job and be able to write for TV,” she said. “My parents, as immigrants, said, ‘If you get a job, if you’re lucky enough to have this job, just keep your head down, go invisible and just be of service.’ But the flip side of that, of course, is that it’s like, ‘Don’t mention that you’re Indian, you’re a woman, don’t be that person who’s political and always talks about it.’ I really took it to heart, this kind of self-effacement to be a good worker, so what I’ve struggled with since that advice is that advice helped me get on The Office, it helped me succeed at The Office. But… when I was the only woman and the only person of color you thought, ‘Wow, I made it’, and you’re put in this system that makes you feel, ‘I don’t want there will be more because I am being replaced or I am becoming less special.’ It was only when I felt that I had real confidence and certainty in my work that I could see it with a clear mind, namely that it wouldn’t be such a struggle to tell stories I’m interested in if there were more of us.”

The day’s sessions ended as Burch took the stage with tennis champion and activist Billie Jean King, who spoke about her struggle for women and men to get equal prize money at the world’s major tennis tournaments. “It’s not just for the money, it’s the message,” King said. “It makes people more ambitious, I hope.” The two also announced – before tossing a bucket of autographed tennis balls into the crowd – that Tory Burch would be the official outfitter of the Billie Jean King Cup, the women’s tennis world cup. “We have an opportunity to have a global impact on these women, and a lot of young people are watching,” King said of the tournament. “It’s a way to change the culture, to change people’s hearts and minds, to think about the fact that equality matters, that they can help make it happen.”

was original published at “https://www.elle.com/culture/career-politics/a40299216/tory-burch-embrace-ambition-summit-2022/”