As a child growing up in downtown New York City, Scarlett Johansson regularly saw Kate Moss and Gisele Bündchen on David Yurman billboards overlooking Soho. So it was “a really nice, really big deal” when she, along with actor Henry Golding, was picked as David Yurman’s newest muse to get her own XL ad, along with a short film in which she is chased by the paparazzi, rolls around in bed and sings ‘New York, New York’. (Yeah, besides fighting Thanos and fighting for a fair wage, Johansson can sing really well too.)

To talk about the new campaign, Johansson called us from home in New York – we love a local girl! – to talk about male looks, female expectations and what happens when she really needs to talk to someone.

You posed in a bed for Dolce & Gabbana, for your recent Amazon commercial and now for David Yurman. Did they come up to you and say, “Okay, it’s a bed shot!” or at this point, is that just a given?

Oh yeah, you know, I’ve tried to do every campaign in my life from bed. [Laughs.] Yes, I really love to roll out of bed, and then do hair and makeup for about six hours, and then just crawl back into bed.

So the secret to a bedhead is six hours of glamour.

Yes. You’ll look better getting back into bed after all that hair and makeup! I’m sure there’s a quote from Marilyn Monroe or Liz Taylor about wearing diamonds in bed… But yeah, I think advertisers — I mean, I mean, male advertisers or men who are advertising executives like to see me in bed with many jewels. I think it’s a thing.

I guess when you actually go to bed…

I take off all my jewelry. Yes. So the idea of ​​me sleeping wearing such incredible jewelry, all that amazing David Yurman, it’s cool, but I’m sorry to say, it’s kind of counter-intuitive! And yes, most nights I do have a few rings that I wear to bed. But eight gold bracelets on each arm? New. And a giant gold and diamond hugger? New. I don’t just have diamonds in my bed. That would be quite dangerous.

Speaking of dangerous, do you ever subscribe to superstitions when it comes to jewelry? Some people believe that certain pieces are haunted.

I have that feeling with some material objects. When I was younger I collected Victorian jewelry. When I started out, like making my own money, when I traveled somewhere I would track down antique collectibles and rare pieces. I remember working in England and working in New Orleans and finding Victorian jewelry and… I don’t know, it’s like the jewelry would choose me. Suddenly I was really attracted to a certain piece and I wouldn’t even know why. I think only jewelry can do that to you!

The theme of the campaign is ‘come closer’, which I think is something you can do in a bedroom. But also, how have you had to adjust your idea of ​​getting closer in solitude over the past two years?

I am always a face to face girl. If I have something important to tell you, I want to tell you in person. So on the one hand, thank God for video chat and FaceTime and all that. That has been a lifesaver. On the other hand, even though I love watching my nieces and nephews grow up and I can do that via video call, I hate talking about anything important on the phone! I would like to meet you in real life. Either that or I want to email or write you. I like to write long letters to people.

Is there an element of ‘getting closer’ that is also related to being famous? Like, you are a real person, but you are confronted every day with images of yourself, even if they are not exact younecessarily.

I have an advantage because I have been [acting] for such a long time that it doesn’t phase me as much. It’s not that I’m jaded, but I just see that ‘image’ as an extension of my work, you know? It’s like, “Okay, I’m in this thing. My face will be everywhere. That’s marketing; that’s not me.” To be fair, it could also be because I grew up in New York, where there are pictures everywhere, and the next day they’re gone and new billboards or posters appear… I think it’s probably weirder for my daughter, because if it’s not yours [job] and you’re not used to it, those moments can be extremely upsetting. And you know, I’m sure I have a lot of different feelings about this! [Laughs.] But I think I’m used to it.


This post Scarlett Johansson gets in bed with David Yurman for the latest campaign was original published at “https://www.elle.com/fashion/celebrity-style/a39111314/scarlett-johansson-david-yurman-interview/”
Tweet Pin It 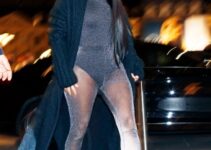