My Hijab: Nigerian Muslim Women on Faith and Fashion 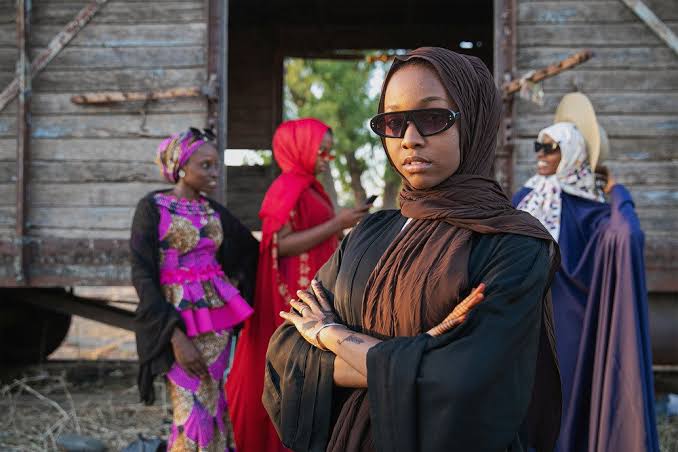 MAIDUGURI, Nigeria — What’s in one’s wardrobe is inherently political. This is especially the case in northeastern Nigeria, a region at the center of a jihadist conflict spanning more than a decade, where the way a woman dresses is being highlighted.

Most Muslim women in the main city of Maiduguri, the birthplace of Boko Haram, believe that their religion calls on them to cover their hair and wear at least a headscarf known as a hijab, usually paired with a floor-length dress. .

How thick or long the hijab, how loose or tight – ornate or plain – the dress, it’s all wrapped up in cultural perceptions of how a northern woman should dress.

On the extremist side of the dial are the jihadists, who are obsessed with controlling women and their bodies. Their Puritan ideology holds that women should largely stay at home and, when in public, be as anonymous as possible.

But a new generation of women in the Northeast is rejecting that hyper-masculine credo. Dressing modestly is their choice, they say – an expression of their religious identity, not a dress code imposed by the jihadists, nor a symbol of their decline, as some see the hijab.

The New Humanitarian sat down with four upwardly mobile young women – Aisha Muhammed, Fatima Lawan, Samira Othman and Zainab Sabo – to get their take on the changes underway in gender relations in the Northeast, and how that is being reflected in fashion .

To capture the feel and taste, the four were photographed in the city’s dilapidated train station by Fati Abubakar, a photojournalist from Maiduguri who has documented the impact of the war on her home region.

The station is across a shambles once known as the Markas or “center”, the former home of Boko Haram when it was just an extremist sect. It was bulldozed by the military in 2009 after the group launched a short-lived insurgency that marked the beginning of their jihad. 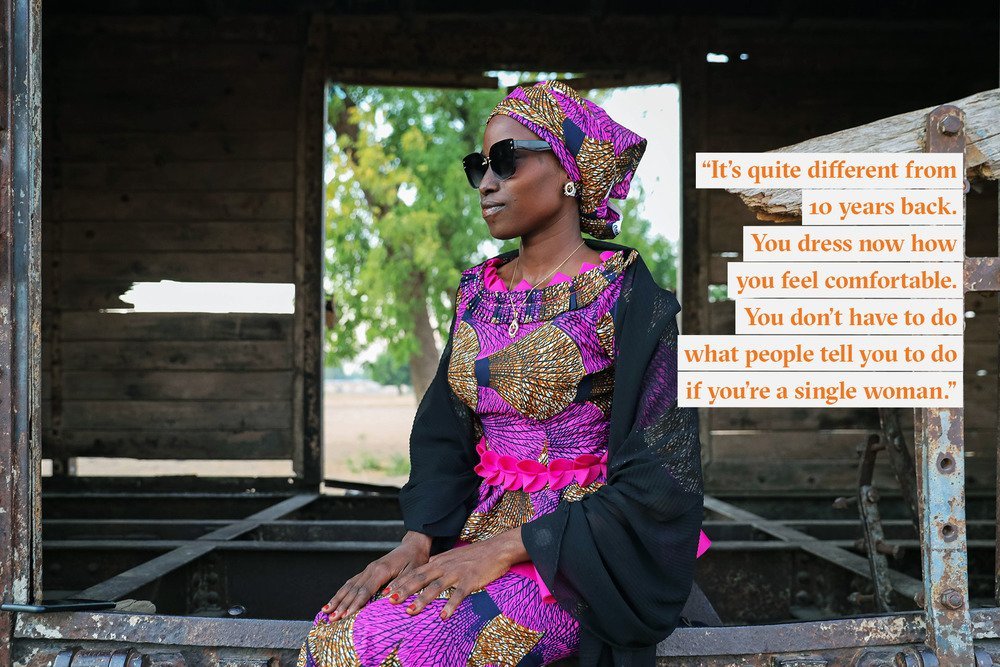 Fatima wears an atampa blouse in an African print known as ankara, everyday wear in northern Nigeria. Her headscarf is called yellow, and the style of bows changes according to the current fashion. Fatima has gone for a more common work-a-day look. She also uses a multifunctional veil, which can be used as a shade from the sun in addition to styling. (Fati Abubakar/TNH)

“Young girls were not free to move in the station area [during the days of Boko Haram]’, says Zainab, who runs a bakery business. “Boko Haram came up with something new that was very extreme; they forced their opinions on people.”

But now, ten years later, this group of graduates is proud to put on their headscarves and determined to make a mark on society. By fully owning the headscarf, they have turned it into a couture item that can be worn with style and panache.

“It’s different from 10 years ago [when Boko Haram was active in Maiduguri]† Then there would be the stigma of not dressing properly,” said Aisha, a local NGO worker. “But now I wear my little veil, and I feel free!”

These women are embracing a global modesty movement that argues that fashion doesn’t have to be revealing or challenging one’s faith. She described how social media enables a pan-African sharing of the hijab aesthetic – an empowering affirmation of their identity as Muslim women transcending Boko Haram’s parochialism.

While there is a cultural need to ‘cover up’, they argue that it is their choice as a Muslim women – despite social pressures and much-discussed notions of ‘choice’ and autonomy.

By dress code, Muslim women in the northeast are winning a share in a bigger battle. Compliance allows them to compete in the job market, and with it comes greater personal independence and financial security – all anathema to the jihadists.

The wave of aid and development money to the Northeast has created jobs that women have eagerly stepped into. Ultra-conservative gender roles have been further eroded by the economic fallout from the conflict, with everyone in a Maiduguri household now expected to do their part. 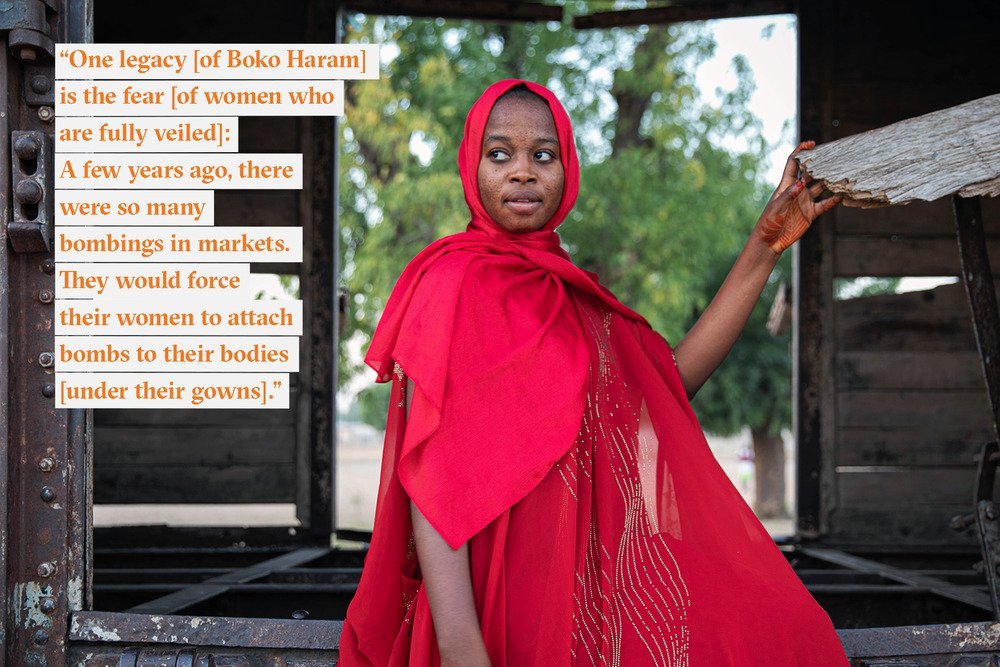 Samira wears a red abaya, a style originally from the Gulf. Unlike the atampa, the idea here is to hide the contours of the body under a looser fabric. What you wear and how you wear it is all about context. When interacting with older people, she said, you would be expected to dress more modestly than with your peers. (Fati Abubakar/TNH)

“You cannot depend on your father or husband as the sole breadwinner; you need to hone your entrepreneurial skills,” says Fatima, a counselor, referring to the hustle and bustle of new home businesses, from perfume and cosmetics to IT.

“Everyone is doing something,” she nodded. “It’s still very difficult [because of the state of the economy]but the number of women who now have skills and care – this is the pinnacle.

Sitting around a conference table in a private house converted into workshop spaces – a small example of the impact of the development industry – these women see that they have far more opportunities than their mothers ever had to influence society.

“Nobody can stop us. We’re moving forward,” Aisha said, caught up in the positivity around the table. “When you’ve tasted freedom — especially the financial independence part — nobody wants to go back to the way it was.”

So far, so middle class. But gender roles are also being cautiously reformed in the refugee camps, which are bursting with people who have fled the rural areas where the war is being fought – a conflict that has left at least 35,000 people dead and more than two million displaced from their homes.

Female-headed households are common as a result of the death of husbands and sons – or their detention by the security forces. Even when a man is around, women receive direct support payments, giving them a degree of control over family spending.

Yakura Abakar sews traditional caps to supplement her food ration in Dalori refugee camp, just outside Maiduguri. She now sends her daughters to school, which was not the case in her old rural village, near the town of Dikwa, near the Cameroonian border. 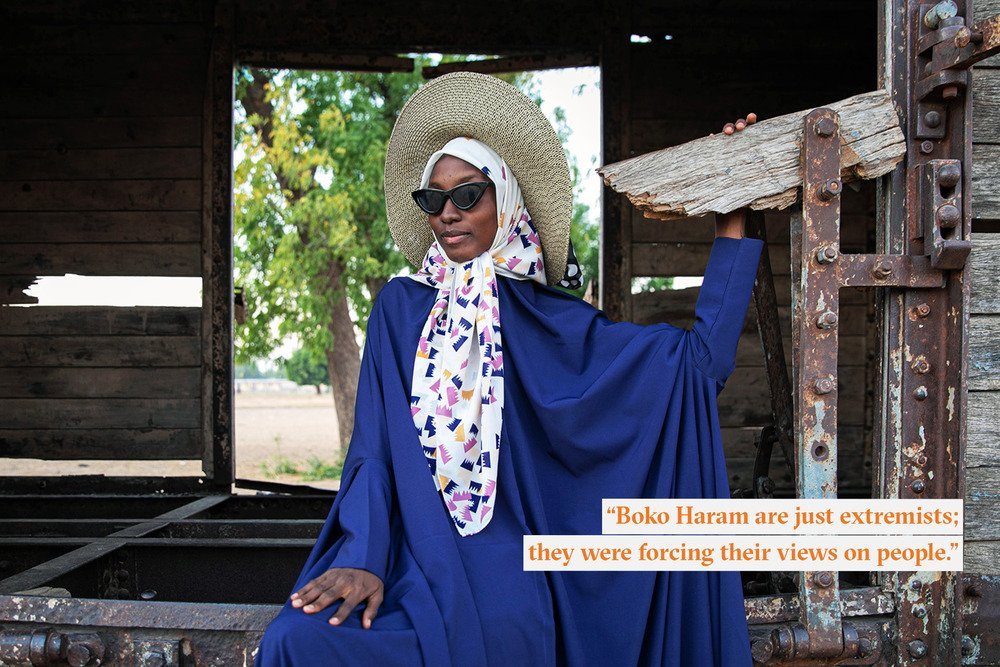 Zainab wears a khimar. In Boko Haram areas, the more acceptable form of khimar is black, with no ornamentation, floor length, and with a tight head covering. Zainab has removed the hood and pimped it up with a veil and straw hat – certainly not approved by jihadists. (Fati Abubakar/TNH)

“Women have become very wise, very active,” Abakar told The New Humanitarian. “This young [NGO] women teach us how to do things, and some of the attitudes we learned from them.”

But it is more a matter of incremental change than of revolution. Boko Haram’s strict gender authoritarianism has deep roots in traditional society. Whatever softening there has been in the margins, the gender dynamics ensure that men – as around the world – still retain significant political, economic and cultural power.

“As a woman you are constantly judged,” says Samira, one of the four interviewees. “Men do worse things, the real haram [forbidden] things, but the patriarchy says it is always the woman who is wrong.”

Still, the women around the table were convinced that they were proclaiming a new Islamic vision of feminism — one that harks back to the early days of their faith and the Quranic ideals of equality. What was not said was what happens to women in the Northeast who transgress, who ignore the cultural barriers – and who decides the punishment?

Hauwa Mahdi, an academic who has done key work on the hijab in Nigeria, told The New Humanitarian that she remembers walking past a mosque in Maiduguri in the 1980s wearing a hijab as well as jeans. That sparked outrage from men in the area who accused her of being “disrespectful.”

“You can’t be in a Muslim country and just go out; you will soon be judged as ill-mannered,” Aisha said, explaining the sensitivity of compliance. ‘It’s something northern. The culture, regardless of religion, is coverable. Even Christians [in the northeast] find it more comfortable to cover their bodies.” 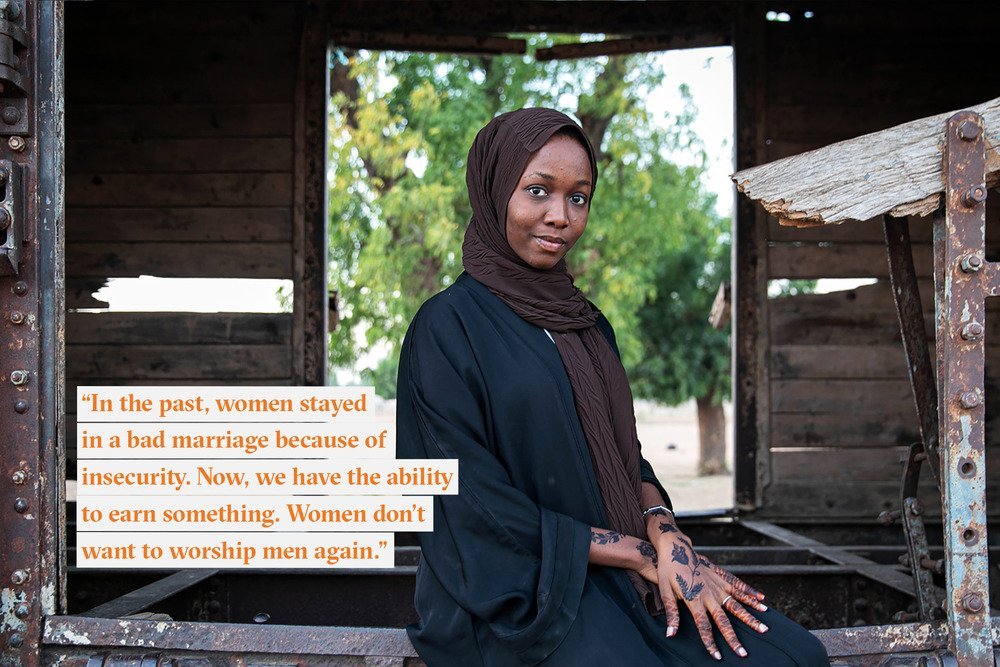 Aisha wears a different abaya style; this one is more conservative and covers her arms. In Maiduguri, the fashion focus is more on the design and material used in dresses. There is also an emphasis on makeup, as the face can be the only part of the body exposed. (Fati Abubakar/TNH)

Aishatu Kabu quit an international NGO job to start her own women’s empowerment organization. In a region with the country’s worst social and health indicators for women, freedom to wear what you want isn’t on her list of priorities.

“What we’re fighting for here is against child marriage, the need for girls’ education, reproductive health — we’re not beyond that level,” Kabu told The New Humanitarian.

She fears that the gender gains made so far are fragile, that there is repercussion among men for their perceived loss of control, stretching from IDP camps — where men oppose the women-centric focus of outreach — to the marital home.

Mahdi, the academic, is also concerned. “If women aren’t organized for their [empowerment] wins, then as soon as calm returns, it’s back to the kitchen,’ she explained. “That’s how patriarchy works.”

Yet Zainab, the baker, insists that her generation of women is “awake” and different.

“I will say to my daughter, ‘Know your rights, love yourself and always have your own money!'”

This article was originally published on The New Humanitarian

This post My Hijab: Nigerian Muslim Women on Faith and Fashion

was original published at “https://www.glamcityz.com/my-hijab-nigerian-muslim-women-on-faith-and-fashion/”