On Sunday afternoon, Lady Gaga walked the red carpet to the BAFTA awards in an emerald green dress with a dramatic Ralph Lauren train. The sleeveless bodice hugging the curves fell in a v-shape at the front and back, exposing the tattoos on her arm. She wore a matching Tiffany & Co. necklace and earrings set of diamonds and emeralds, with a solid jeweled bracelet and ring. She has styled her platinum hair in Hollywood curls. 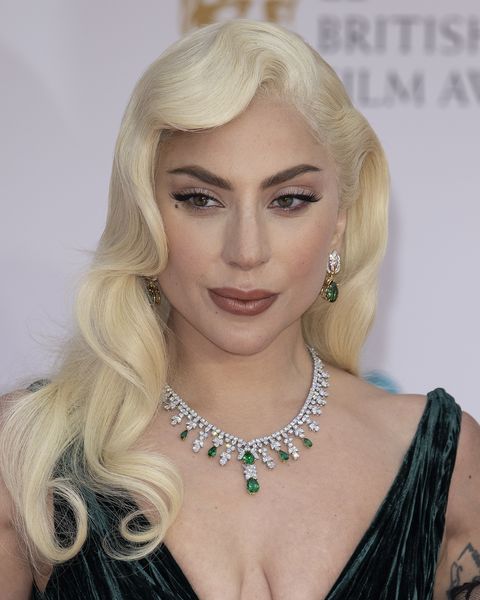 As she posed for photos, Gaga held up her purse, a fuzzy feathered accessory in the same dark green as her dress. 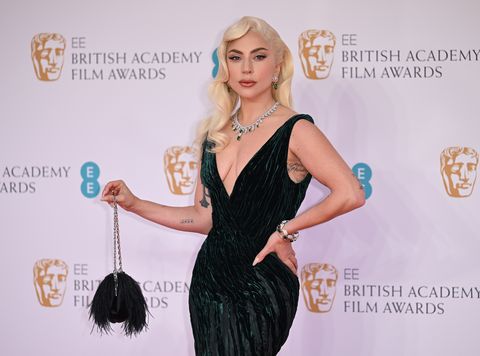 Underneath the dress was a pair of extremely high platform shoes from Pleaser Shoes in black. The pair of black patent leather gave her an extra six inches as she stepped, but was only just visible under the gown as she peeked out. 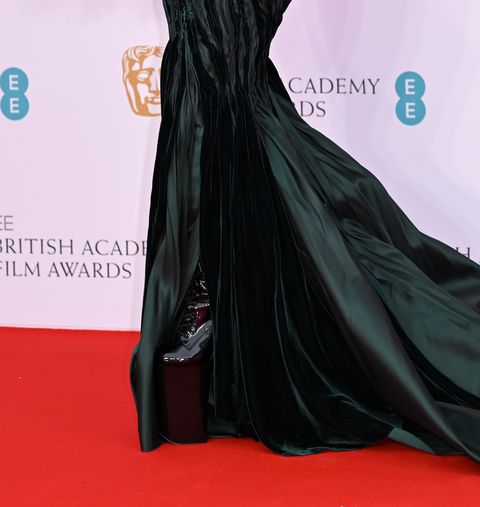 The British Academy Film Awards are presented by Rebel Wilson. Lady Gaga has been nominated in the Leading Actress category for her role as Patrizia Reggiani in Ridley Scott’s film House of Gucci. The awards will be presented at the Royal Albert Hall in London. She will compete against Alana Haim, Emilia Jones, Renate Reinsve, Joanna Scanlan and Tessa Thompson.

The pop singer has just released the dates for her upcoming Chromatica tour, which has been postponed due to concerns over COVID-19. It kicks off on July 17 in Düsseldorf, Germany, then moves on to fourteen other cities in Europe and North America, including an additional date in London at the Tottenham Hotspur Stadium. Lady Gag excitedly announced the rescheduled tour via social media, two years after the initial cancellation. The tour ends in Los Angeles in September.

The album features some incredible collaborators, including Ariana Grande, Elton John, and Blackpink.