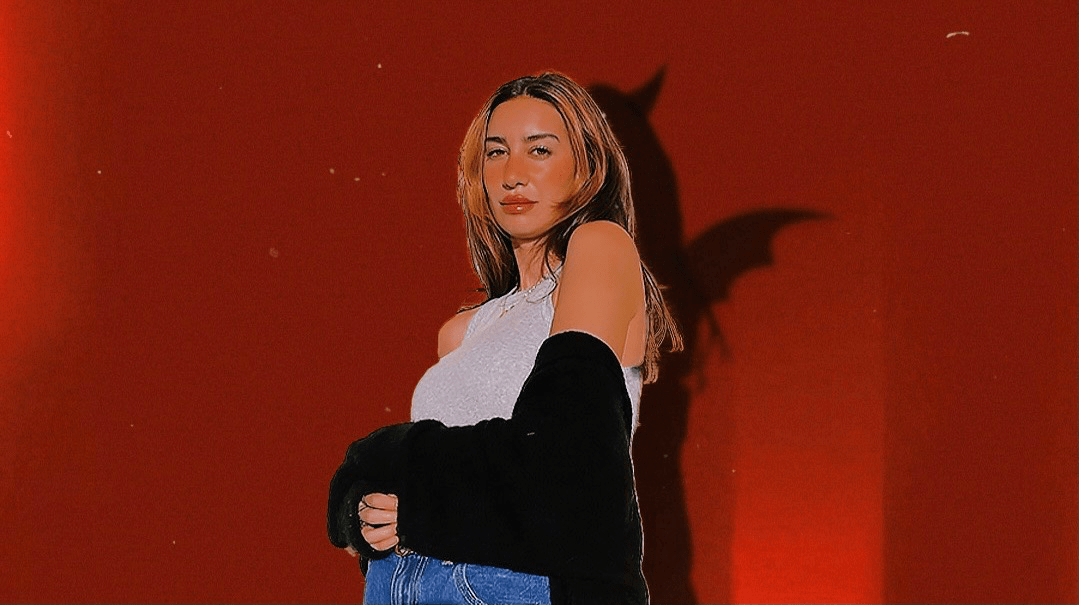 By writing songs, Julia Wolf was able to give herself a voice. “Growing up extremely shy, I mostly kept to myself during high school,” she says. “I was never one to participate in conversations or give my opinion on things. I really hid my thoughts from the people around me and never talked much face to face with people. It wasn’t until last year that my music teacher said that if I wanted to do the talent show at school (the only thing I ever did every year), it had to be an original song After getting over the embarrassment of letting people hear what I had to say I realized that songwriting was the best It was a way to express myself and still keep my distance. I could finally let people know what I was thinking and that was the biggest burden off my shoulders. After that I never stopped.”

Her songs also serve as time capsules for fond memories. “’Hoops’ is about all the times after class in college my friends and I played basketball, less for the sport and more for the hangout, all in our jeans and sometimes even in our platform boots. We used that time as a way to express frustration, laugh things off, and give each other advice. It instantly takes me back to such a simple time, it always makes me smile.” Indie music further enabled her to follow her heart without the burden of typical industrial pressures. “I like the freedom in it, how there is nothing formal about it. There is no set intention to ‘be a hit’ So when you go in with that mindset you get the feeling that you can write without having to meet a more general expectation. in the most authentic way.”

Julia did some self-production before finally finding her real creative partner. As often happens, too many people were too eager to manipulate her music. “I only self-produced at the beginning of my songwriting, out of sheer necessity,” she recalls. “Producers were constantly trying to change my sound, no matter how hard I tried to articulate what I was looking for. There came a point where I wasted too much time looking for someone who wouldn’t call me “nitpicky” and instead spent that time learning the basics of production. It really saved me. I was able to get it to a place where finally someone could hear and clearly understand what I was going for. That’s how I ended up with my producer Jackson Foote. I sent him a demo a few years ago and he immediately knew how to bring the vision to life. We’ve been together ever since.”

Her new single, “Hot Killer,” acts as an anthem for girls who are more reserved or overlooked. “’Hot Killer’ is really meant to make my young females stronger! Especially the shy people,” she adds. “I want it to boost confidence as I sing along and give some love to my misunderstood team Slytherin. People always assume that quiet people are the ones who walk everywhere, to take advantage of. So I wanted to write this and make it clear that speaking softly doesn’t equate to putting someone else’s needs before your own, we can still be hot killers, just less is expected of us.”

Going through ups and downs, she believes it’s time to break the story that shy girls are incapable of breaking hearts. “It is the automatic assumption that we put everyone on a pedestal. That our own decisions are not determined by what suits us best, but rather by what will make someone else happy. The fear of hurting someone. The idea we would overlook if we weren’t respected. You can still be nice and cut people out of your life because you have to do what’s best for yourself. People always assume that the shy girl won’t because she’s too scared of what others might think.”

While everyone should know its worth, “Hot Killer” is a warning not to judge a book by its cover. “You can only be so nice to someone. Once you feel you are being mistreated, it is time to leave. But you see again and again where girls will stay and people let every favor they have taken away without getting anything in return.”

“Never assume anything about someone’s character if you don’t know who they are,” she continues. “Understand that being calmer doesn’t mean you can’t be as sharp as you need to be.”

And despite everything that’s happened for Julia in her career lately, she certainly knows firsthand how valuable it is to persevere. “It took me many years of dead ends, trial and error, and countless YouTube tutorials to even get started. But none of that compares to the importance of being true to who you are and waiting have pieces in place to share your art It took me so long because I refused to release music I wasn’t proud of, and from that I learned the reward that patience comes with If you don’t stay true to yourself in your creative process, then what’s the point? People want to hear your perspective, your experiences, and deviating from that is just a disservice to yourself.” Your voice is always important, even if you are the quietest in the room.

was original published at “https://clichemag.com/music/julia-wolf-reminds-us-shy-girls-bite-back-in-new-single-hot-killer/”