Home
Fashion News
How BookTok is Reviving the Publishing Industry

What was the last book that made you cry? Or, better yet, sob? In August 2020, content creator Selene Velez’s 223,000 followers on TikTok asked her the same question. In a 27-second video she posted to her account @moongirlreads_, she responded with recommendations that detailed how hard each particular title made her cry. They Both Die at the End by Adam Silvera (“I stayed up until 2 a.m. to finish it and ended up crying, I had to change my shirt”) and We Were Liars by E. Lockhart (“I went a times broken in a parking lot I finished it, I’m BROKEN”), just to name a few.

But one particular recommendation from that video caught viewers’ attention more than any other: Madeline Miller’s The Song of Achilles. The novel, Miller’s debut, is a romantic reinterpretation of Homer’s The Iliad and was originally published in 2012. Velez’s video went viral — as of today, it’s been viewed over six million times — and last April, The Song of Achilles hit #1. on the New York Times bestseller list for the first time. “Never in my wildest dreams could I have imagined that this book, so dear to my heart, would find its way to so many readers,” tweeted Miller. Not bad for a book published ten years ago.

This TikTok-powered literary resurgence is no anomaly. Over the course of the pandemic, book sales have skyrocketed. According to Forbes and NPD Bookscan, the US print book market is up nine percent compared to 2020. This recent spike in sales has been largely attributed to TikTok’s reader-centric BookTok community. When British publishing house Bloomsbury saw earnings growth rise by 220 percent last year, CEO Nigel Newton attributed that to the “phenomenal impact of TikTok.”

“BookTok has definitely had a huge impact on the publishing industry,” said Ayushi Ray (@bookwormbullet), a full-time university student and part-time BookToker from San Francisco. “It’s been quite surreal to watch popular romantic books like Ali Hazelwood’s The Love Hypothesis, which become instant New York Times bestsellers after they hit TikTok.” But the impact doesn’t stop there. Barnes & Noble now has an entire page on their website devoted to “the most popular BookTok books,” and according to a recent New York Times article, publishers have begun contacting content creators to offer them advanced copies of books. or pay a fee to promote their titles.

“I received my first ARC [advance reader’s copy] about six or seven months after I started making videos,” Ray says. “That has led to signing deals and contracts with publishers, and receiving copies of their upcoming novels to review and promote on my page. When I first started working with publishers, it was mainly to South Review and promote Asian novels as I am a South Asian-American reviewer myself.” Now, since joining BookTok in August 2020, Ray has been working with various publishers to promote their upcoming releases, especially titles featuring characters and writers from different backgrounds.

While the app is home to creators of different ethnicities, diversity is still TikTok’s Achilles heel. The algorithm, which favors white people over creators of color, is skewed. Type ‘BookTok’ into the search engine and you’ll find a whole host of mostly white creators reading the same kinds of books, contemporary fiction written by white women. “The BookTok algorithm likes Sally Rooney, Ottessa Moshfegh, and Colleen Hoover,” said Bernie Julia (@berniejulia), a 26-year-old from Chicago who started making TikTok videos to promote her love of postmodern, black, and Afrofuturistic literature. . “It’s almost like these books have their own aesthetic in the app.” As Lily Herman recently wrote in an article on ELLE.com:[Colleen] Hoover’s success in TikTok’s reader-centric BookTok community—alongside a host of other white writers—has sparked wider conversations about which authors are preferred by the app’s creators and has gained more exposure in the genre.”

The term ‘shadow ban’, which refers to the gradual decline in the visibility of a user’s content, has recently gained popularity as a result of this phenomenon. Often unbeknownst to the creators themselves, this means that their content may not appear in searches or their videos may be hidden on TikTok’s “For You” page. The same tactic is used on other social media apps, such as Instagram and Pinterest, and often targets people of color. TikTok is aware of the problem with the algorithm, but not much has changed. Therefore, consumers should specifically build their page so that the algorithm reflects their interests, rather than relying on TikTok to do it for them.

“I can easily say that my side of BookTok and my ‘For You Page’ is a diverse space with a variety of BIPOC, disability, and LGBTQ+ creators because I curated it to reflect such things,” says Kendra Keeter-Gray (@kendra.reads), an associate producer at a digital media company with more than 121K followers on the app. “There are several creators who consistently create content, but it’s up to users to search and interact with this content to see it. If you see the same non-diverse book recommendations time and time again, that’s up to you.”

POC BookTokers do the work of self-reflecting authors in hopes of finding their intended audience and changing the paradigm. “My particular niche falls under Muslim stories because my Muslim identity is incredibly important to me,” said Azanta Thakur (@azantareads), a project manager who joined BookTok after using Bookstagram as her primary platform for two years. “Supporting Muslim authors is how I feel I can give the best back to them and all they’ve done for Muslim readers around the world. Anyone who watches my content and follows me on my socials knows that I am completely obsessed with Sabaa Tahir’s books and her writing.”

BookTokers also introduce their audience to lesser-known authors. “One of my most-watched videos is a book-suggestion video on Afrofuturism where I showed Nalo Hopkinson’s Midnight Robber,” says Julia. “I’m pretty sure Nalo mostly writes comic books now, but it felt good to showcase her old work and let so many people know that they’re going to read it or plan to read it.”

Creators are also extending their reach well beyond the app to diversify reading IRL. Thakur, who began making videos in January 2021, is the founder and CEO of the aptly named organization BookTalk, an annual virtual book conference that provides author panels, book clubs, and merch for all in attendance. “I was an event coordinator at the time doing similar virtual conference organization and I wanted to see something similar for BookTok audiences, complete with diverse authors, BookTok creators, and fun activities for us to do over the course of three days,” she says. Together with other content creators, she launched BookTalk’s first conference, with more than 60 authors and 3,000 in attendance. “Since then it has grown into so much more than just organizing events. We are now a registered 501(c)3 volunteer-based nonprofit social organization focused on educational initiatives and reaching out to the book community with the mission of promoting equitable representation in storytelling. Our flagship event is coming up in July and we have even more planned for our second year!”

Over the past two years, BookTalk has transformed into an undeniably strong community of readers. “I’ve been a huge reader since I was a toddler, but I rarely had anyone to share it with,” Thakur says. “It wasn’t until I joined books social media that I was able to truly embrace it as a part of my life that is incredibly important to me. I was able to share these experiences and my favorite stories with strangers online and the experience was unlike any other. other. As crazy as BookTok may be, I am incredibly grateful for it as a platform and the cornerstone it has become in the publishing world.”

With over 49.2 billion views and numbers, BookTok’s influence is as strong as ever and creators of color are making their claim. Now if only the algorithm would show them more love. “There are a ton of great BookTok creators of color in the app,” says Julia. “We may not each have 50,000 followers, but we’re here.” 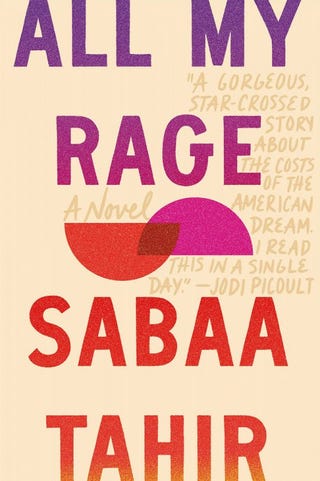 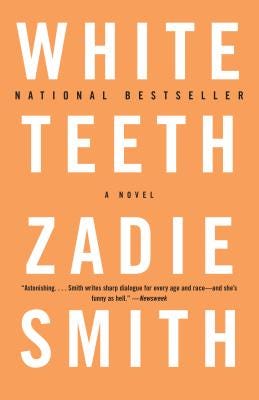 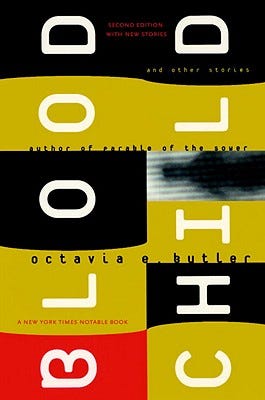 Blood child and other stories


This post How BookTok is Reviving the Publishing Industry was original published at “https://www.elle.com/culture/books/a39787490/booktok-poc-creators-publishing-industry/”
Tweet Pin It