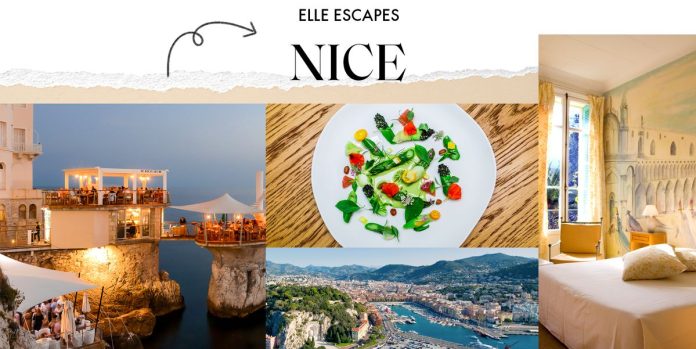 When you think of the French Riviera, you might assume that summer is the best time to visit. But Nice has actually been a popular winter destination since the 18th century, when aristocrats, mostly from England, began spending their summers there.

With mild temperatures year-round (one resident told me you can eat outside until the end of November, and again in early February), and far fewer tourists than the hordes that flood the city in August, Nice is really at its peak in the colder months. And don’t take my word for it: last year, the city was recognized as a UNESCO World Heritage Site as a ‘winter resort on the Riviera’, citing Nice’s ideal location between the Alps and the Mediterranean.

But whatever time of year you choose to visit, you’re sure to be charmed by the city’s architecture, boardwalks, art, food, and history. Read on for an overview of what to see, eat and, of course, what wine to drink while you’re in town. 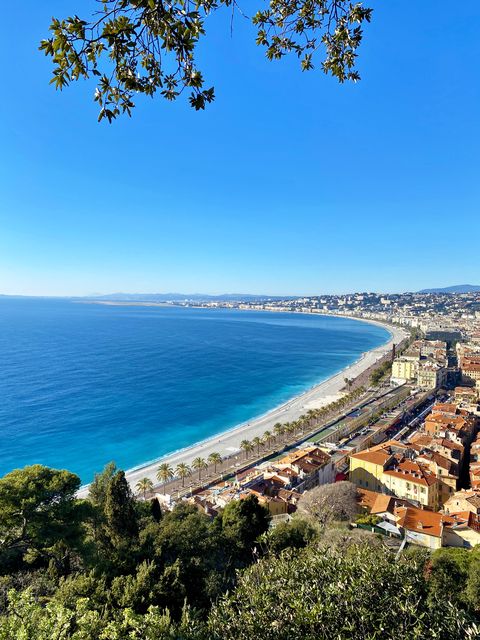 As stunning as Nice is on the ground floor, you haven’t seen the city properly until you’ve seen it from above. The relatively easy and short climb up the steep hill is worth it for the views of the old town, the Promenade des Anglais and the powder blue sea. At the top, you can also explore the ruins of Nice Castle, cemeteries, and a spectacular man-made waterfall that doubles as an air conditioner in the summer months (stand close and let the mist cool you down). 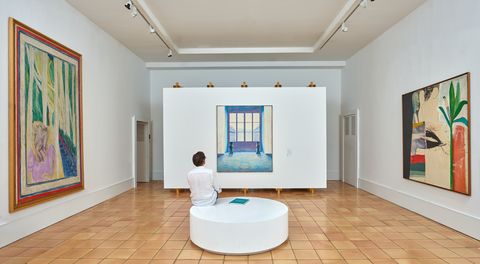 Henry Matisse fell in love with Nice in 1917 and moved to the city, where he would live and produce most of his work until his death in 1954. So it is fitting that today Nice is home to one of the largest collections of his work. The Musée Matisse in Nice (say that five times fast) contains 31 paintings, 454 drawings and prints, 38 cut-outs, and 57 sculptures spanning the artist’s career, and is largely drawn from his personal stock, brought directly from his studio. The beautiful 17th century villa that houses the museum is a bonus. 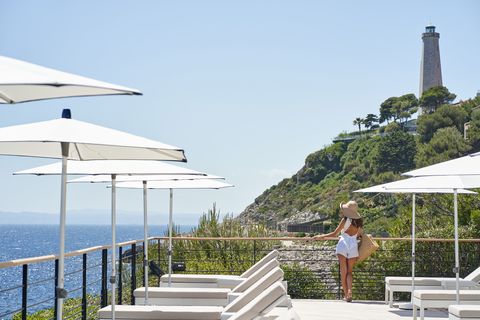 Leave the city for a day trip to Cap Ferrat, a peninsula about 25 minutes outside Nice with some of the most beautiful beaches in the area. Start your day at the iconic Paloma Beach, which is flanked by villas and home to a lively, family-run beach club that has been around since 1948. From there, you can make your way along a coastal path until you reach Le Club Dauphin comes, a swimming club and restaurant located at the tip of the peninsula and surrounded on three sides by sea views.

Once you laze by the 1930s Olympic saltwater pool where Brigitte Bardot once took swimming lessons, you’ll never want to leave. And if so, you can stroll over to the Belle Époque-era Four Seasons Grand-Hotel Du Cap-Ferrat to book a room for the night. Don’t miss the hotel’s spa or the Michelin-starred Le Cap restaurant, featuring local ingredients – some from the hotel’s own gardens, 600 wines from France’s finest vineyards and, my personal favourite, the most extensive cheese cart that I’ve ever seen. (Fun fact: In season two of Emily in Paris, when Emily goes to “Saint Tropez,” most of the scenes are actually filmed in and around Cap Ferrat; like Elizabeth Taylor and Angelina Jolie before her, Emily stays at the Grand-Hôtel du Cap Ferrat.) 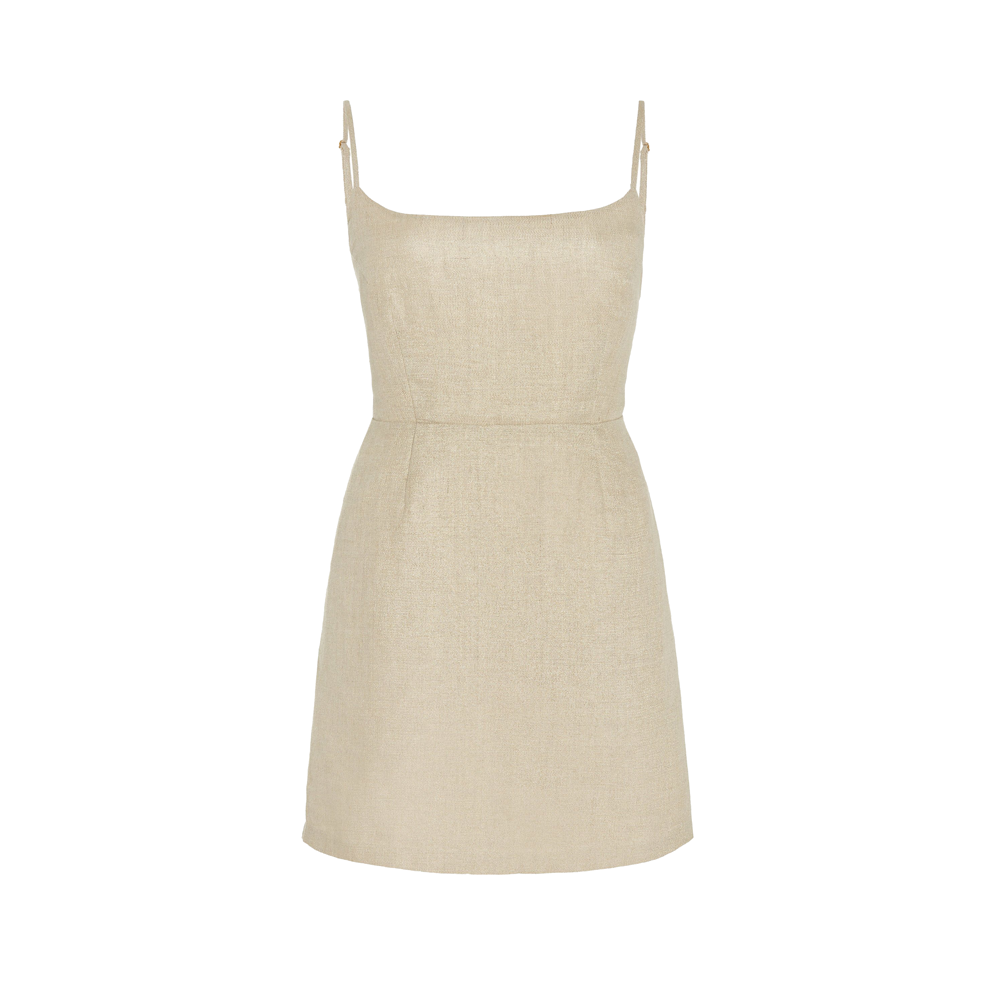 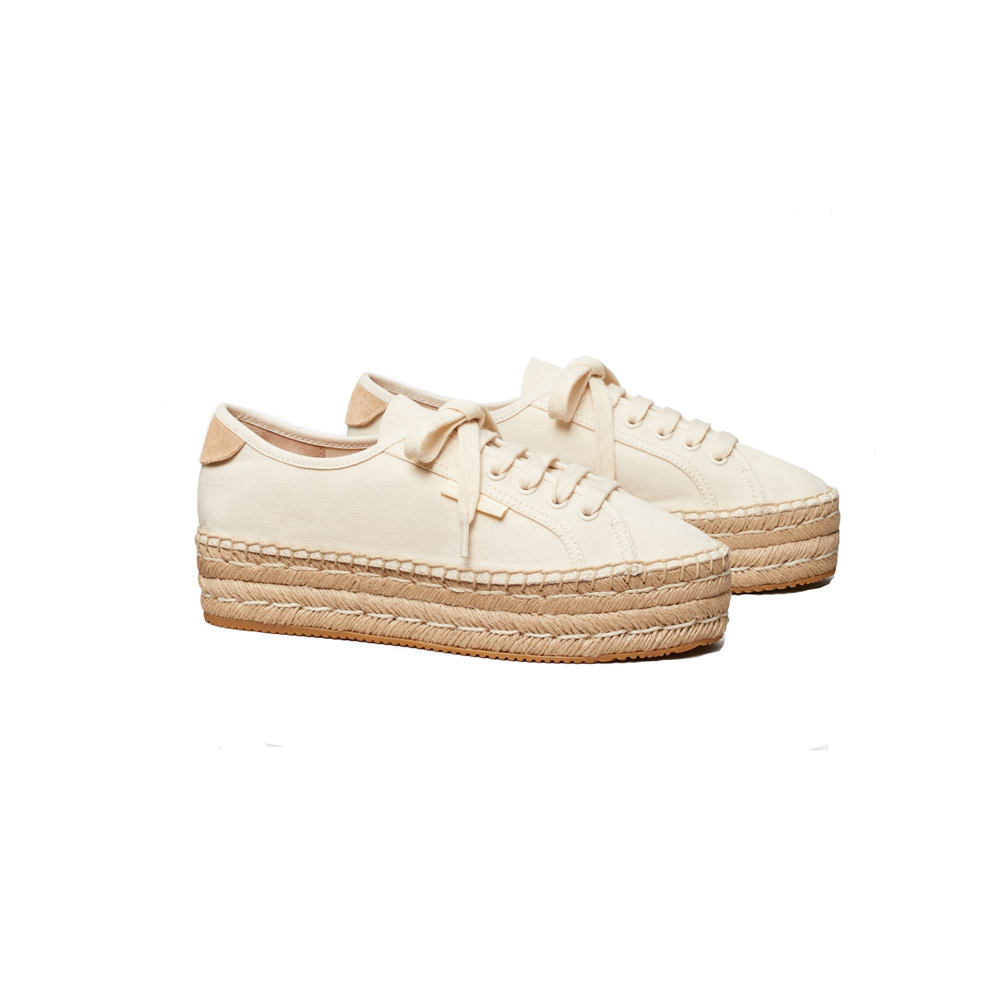 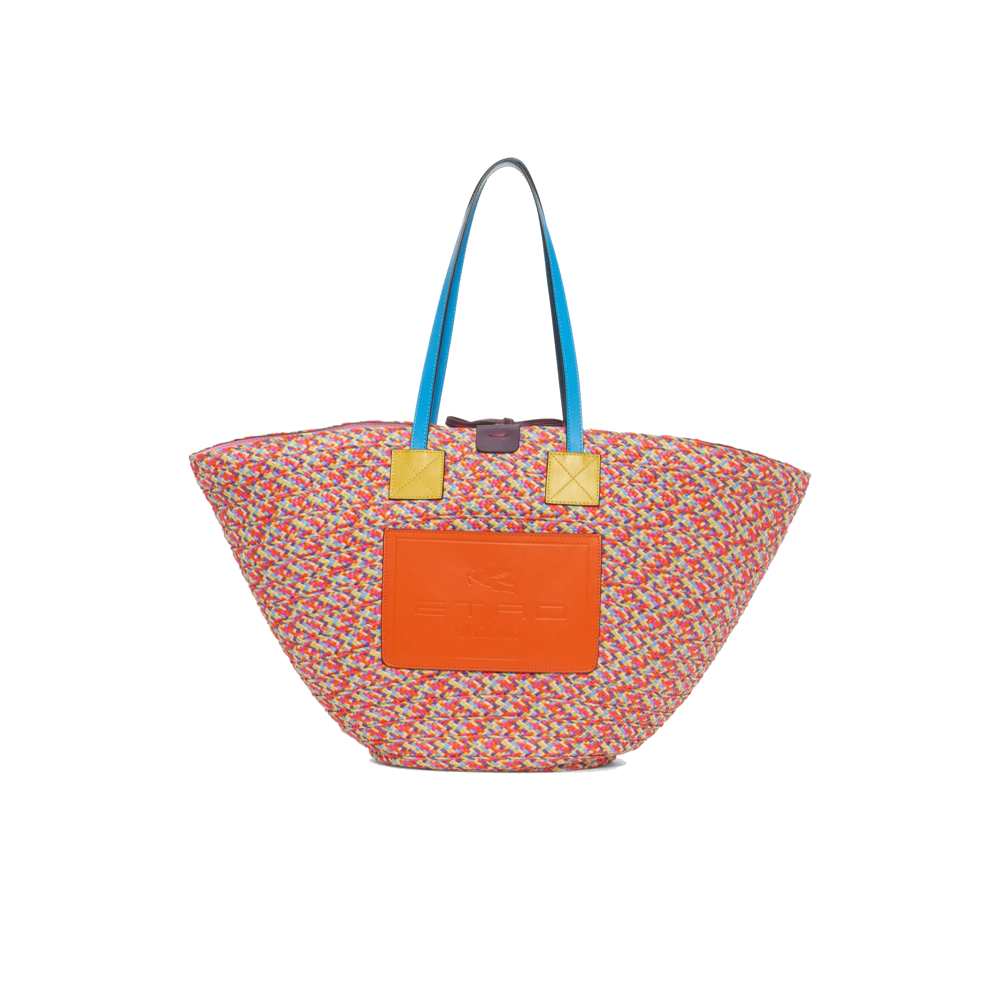 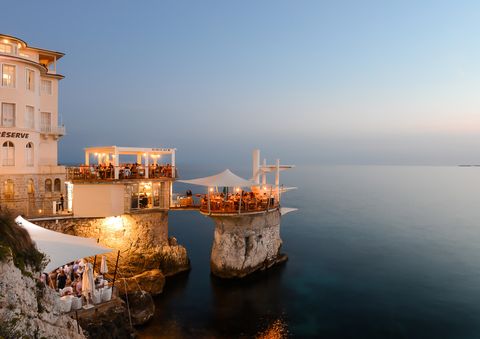 In the late 1800s, a fishing boat was tethered to a rock pillar just off the coast of Nice, where guests ate and drank 20 feet above the sea below. The ship was eventually damaged and removed, but the restaurant, Le Plongeoir, was redesigned and still stands on top of those same rocks. Start with a delicious “The Signature Diving Board” drink (a nod to the restaurant’s diving boards), which is similar to an Aperol Spritz but with peach juice (our server told us George Clooney ordered two rounds when he was there recently), and nosh on zucchini flower fritters and seafood. 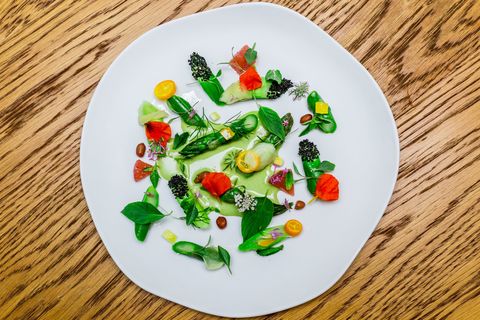 Located behind the town’s scenic harbor, Les Agitateurs is one of Nice’s most recent recipients of a Michelin star, with reviewers remarking on the “meticulous and expertly crafted dishes that are rich in texture, flawlessly cooked and delicately seasoned.” The food is almost too beautiful to eat, but chewing is still recommended. Diners can choose from pre-set three- or five-course meals, with wine pairing, of course. If you’re struggling to get a table, you can also visit their grocery slash deli to pick up some takeout food to take home. 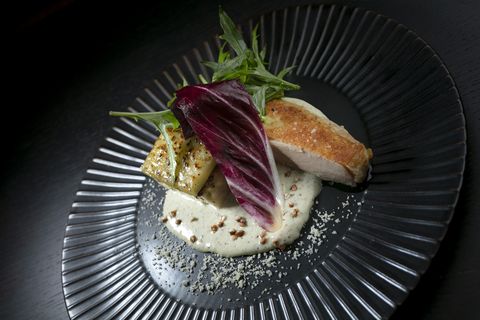 Eating at Nuances requires you to get in touch with your senses to find out what exactly is the deliciousness you are tasting. That’s because the restaurant serves a set “blind menu” that changes every two weeks, meaning you won’t know what one of the six courses you’ll be served consists of until you bite into it. And even then you may not be right. After each course, the server asks you to guess the ingredients as best you can. The answers are often surprising, but always delightful. 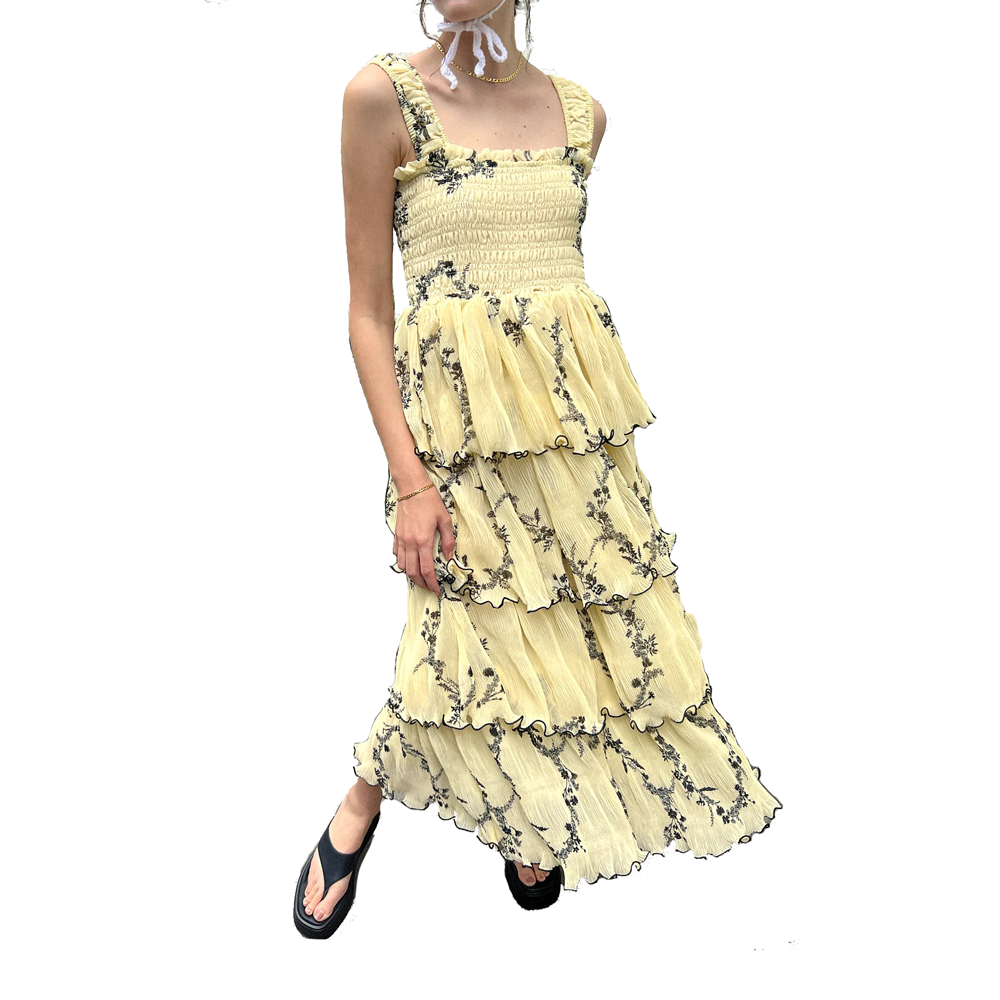 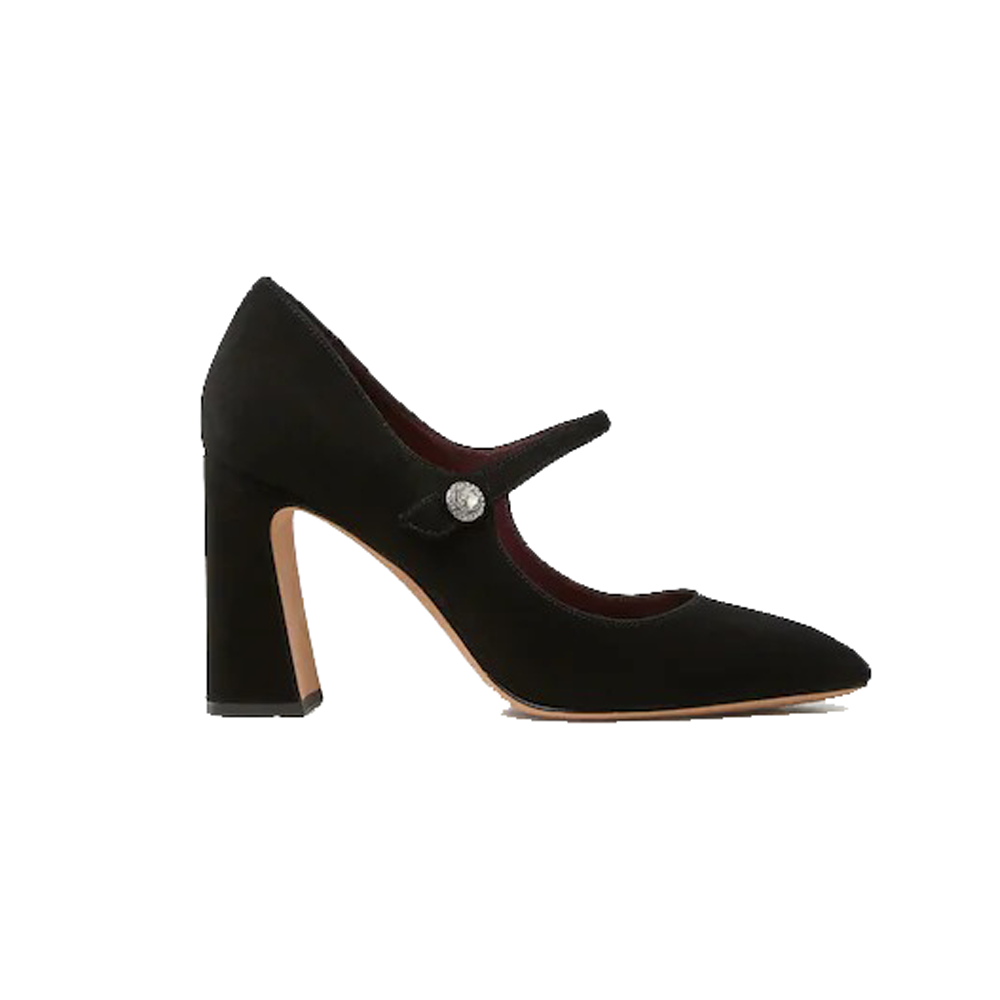 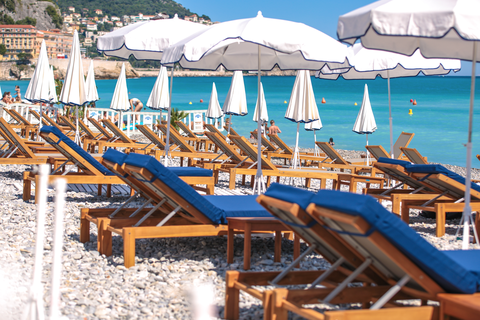 One of the best things about a European beach holiday is the abundance of beaches with top-notch service. Yes, they can be pricey, but the experience is always worth it. Leave the chairs and umbrellas at home and come as you are, Plage Beau Rivage will take care of the rest. Love the experience of enjoying real knife-and-fork food on the sand (a real upgrade from the standard beach snacks). Be sure to make a reservation during high season, and if Plage Beau Rivage is full, fear not, the Promenade des Anglais is full of other options. 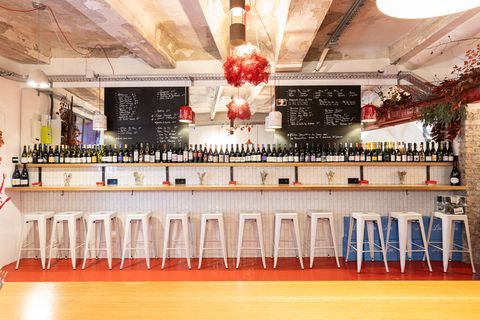 Located in the heart of the old town, Berco is a great place to enjoy a glass of red wine while resting after a long day of sightseeing. The lively and bright wine cellar also serves tapas with ingredients from small local farms. 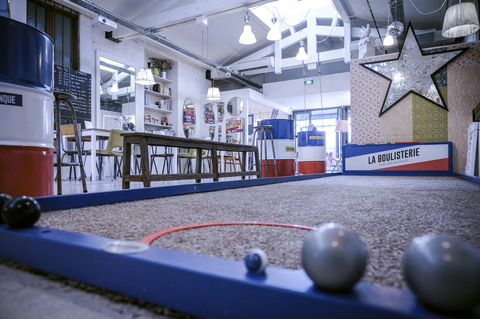 Who doesn’t love a bar with pétanque? At La Boulisterie Club, happy hour includes a side of boules (translation: pétanque). The retro space with vintage decor feels a bit like hanging out in someone’s garage, but a chic garage because this is still France after all. 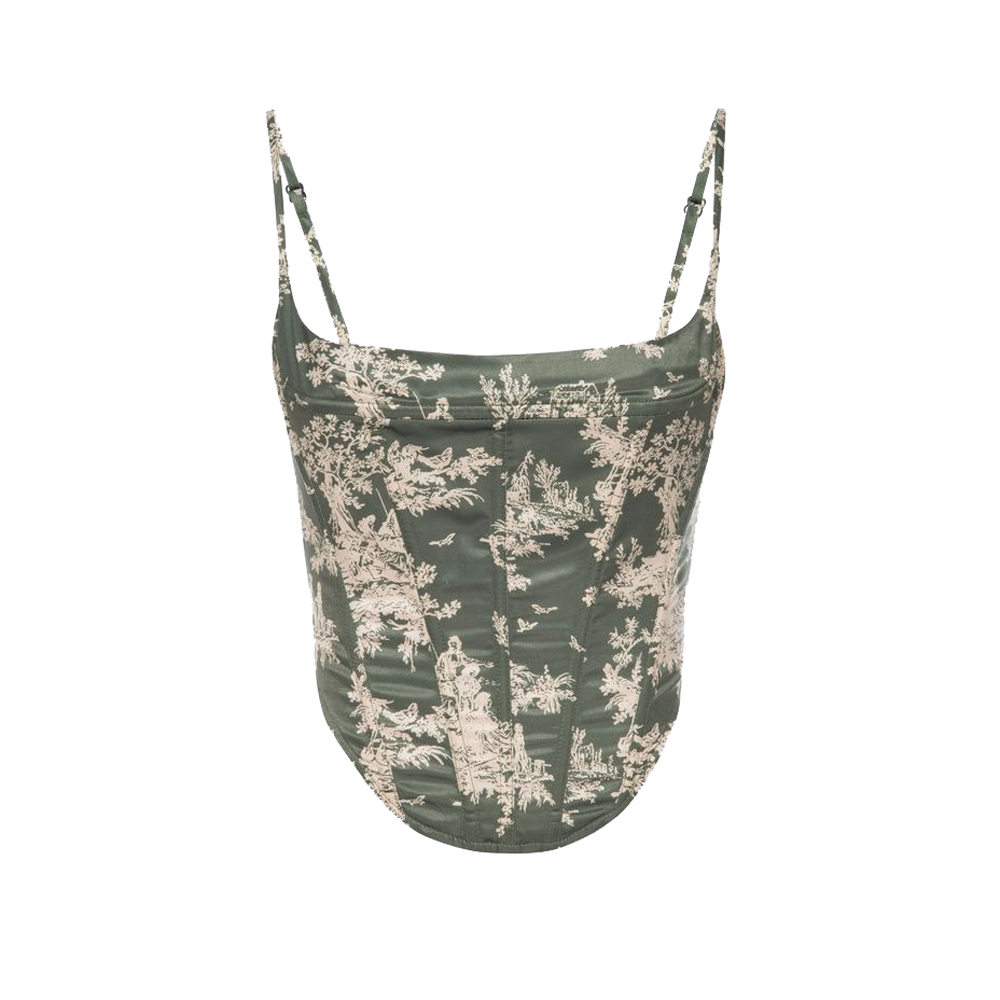 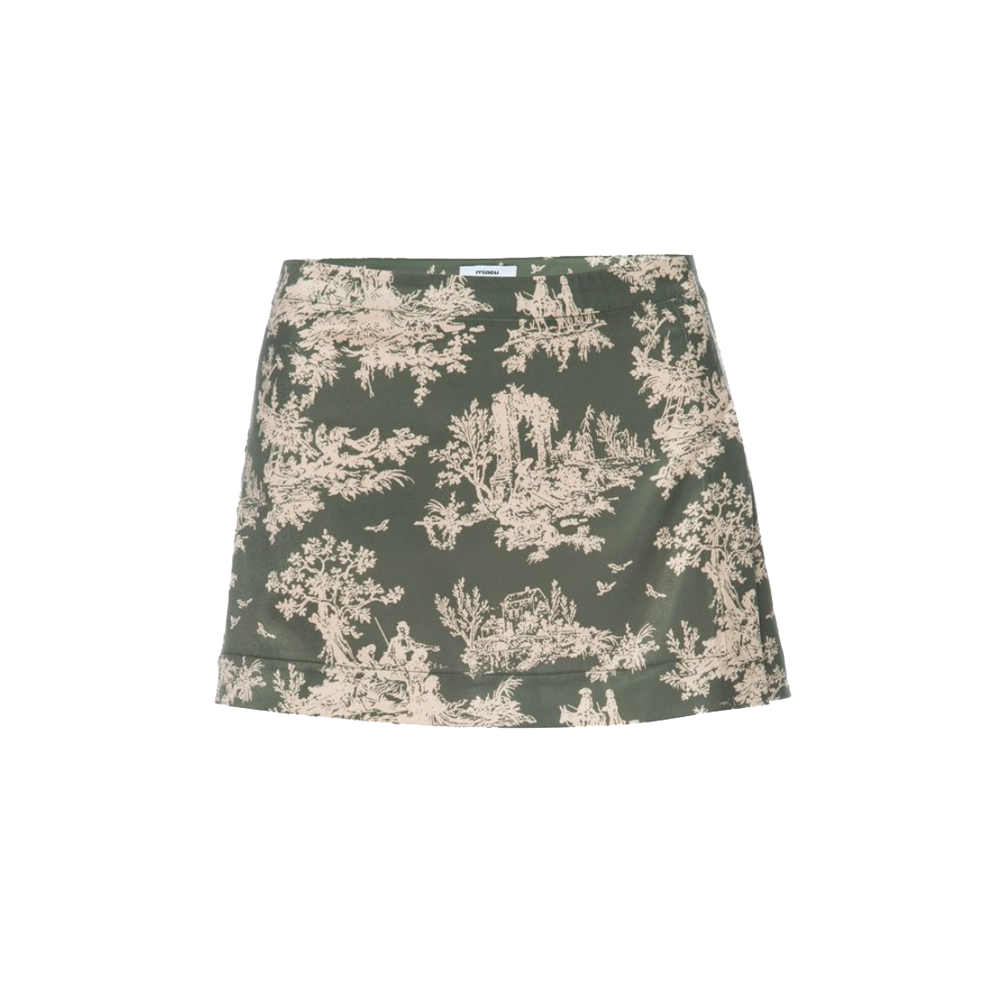 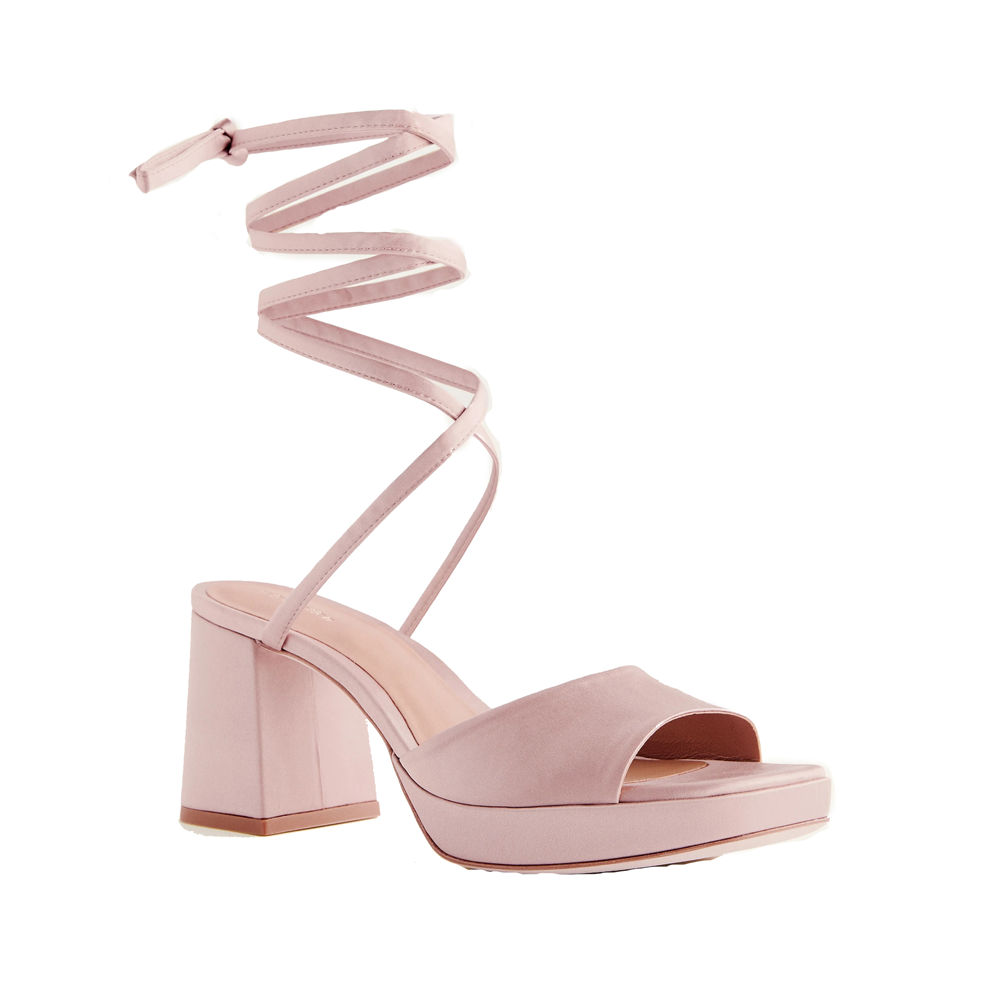 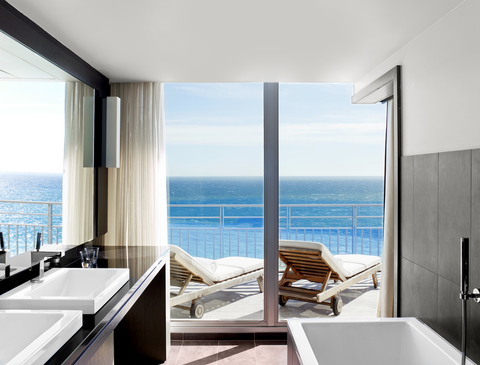 When I walked into Le Méridien’s ocean view suite, I literally took my breath away. Located on the Promenade des Anglais, on the edge of the old town, the hotel’s position across the road from the beach makes it an ideal vantage point from which to view Nice’s shimmering sea from below or above, thanks to one of the largest hotel balconies ever . Back inside, the floor-to-ceiling windows maximize the vistas everywhere—even the bathroom had a 180-degree view—and I seriously couldn’t stop staring (or taking photos) of the waves below. The mid-century modern furnishings – driftwood tables, teak floors and recliners – add to the relaxing atmosphere, and the rooftop pool and restaurant make the hotel worth stopping by even if you are not staying overnight. 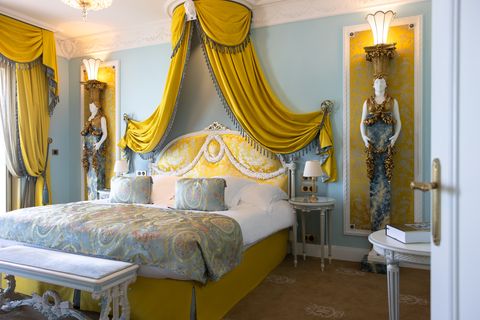 Le Negresco is unlike any other hotel. It feels like sleeping in an art museum, minus the stuffiness. And that’s because it’s not just any hotel, but an art hotel, complete with no less than 6,000 works of art and antique furniture. The hallways and rooms are eclectically designed and span eras, featuring everything from Napoleon to street art. Originally opened in 1914, the pink-domed hotel has played host to Salvador Dalí, Princess Grace of Monaco, the Beatles, Louis Armstrong, and Elton John. And be sure to reserve a table at the Michelin-starred Le Chantecler restaurant; the space alone is a sight to behold, with woodwork dating back to 175 mixed with modern bright pink and lime green furnishings, and the menu comes courtesy of a female chef, Virginie Basselot. 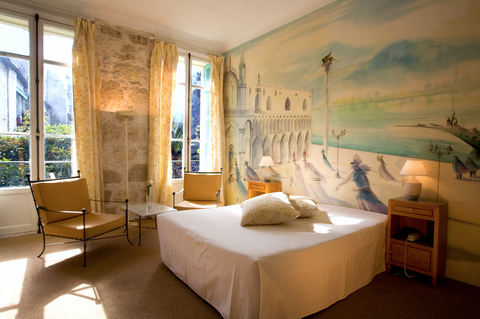 This boutique hotel has a lush tropical garden and swimming pool, but what really sets Le Windsor Jungle Art Hotel apart is the artistic twist on the rooms. Guests can choose from three options: artist rooms, which contemporary artists have decorated with original creations straight from their imagination; fresco rooms, with large-scale frescoes painted by local artist Antoine Baudoin to transport guests from Asia to Mexico; finally, there are tribute rooms dedicated to the likes of Coco Chanel and Jean Cocteau. Whichever option you choose, you can be sure it will be a winner. 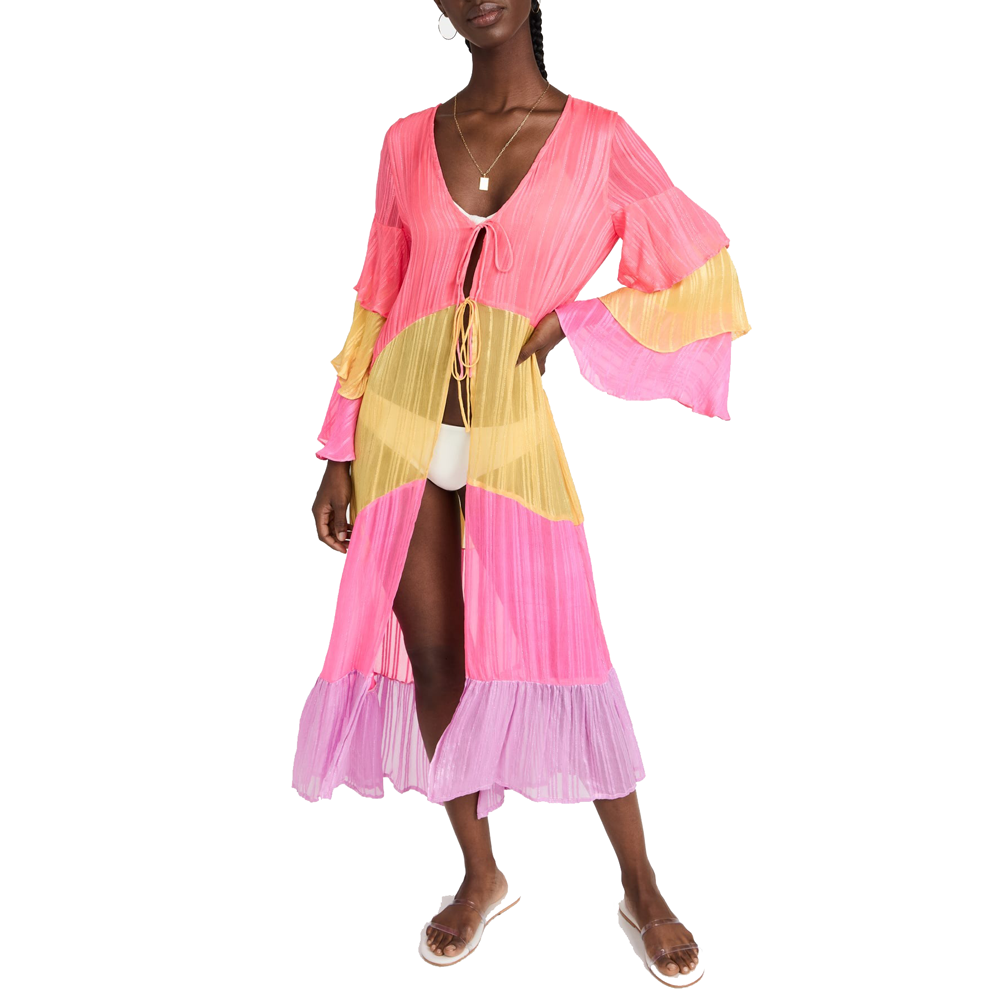 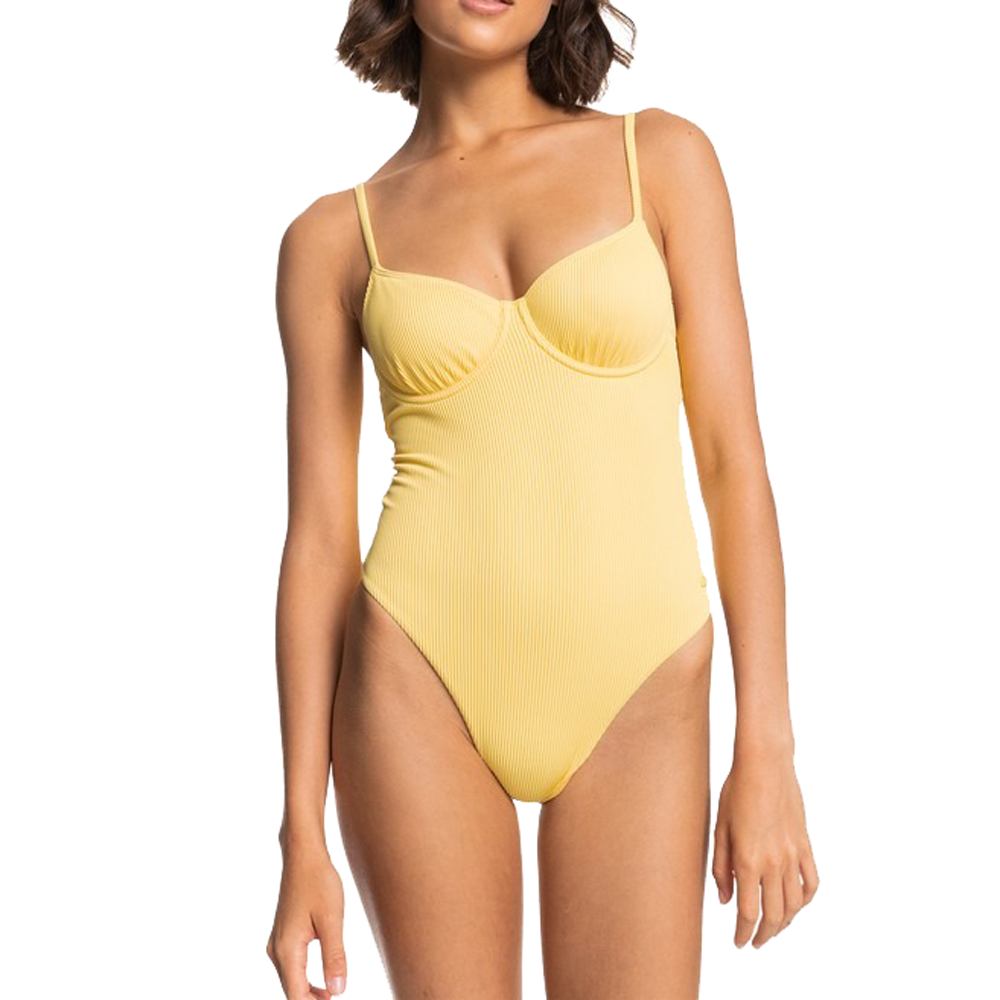 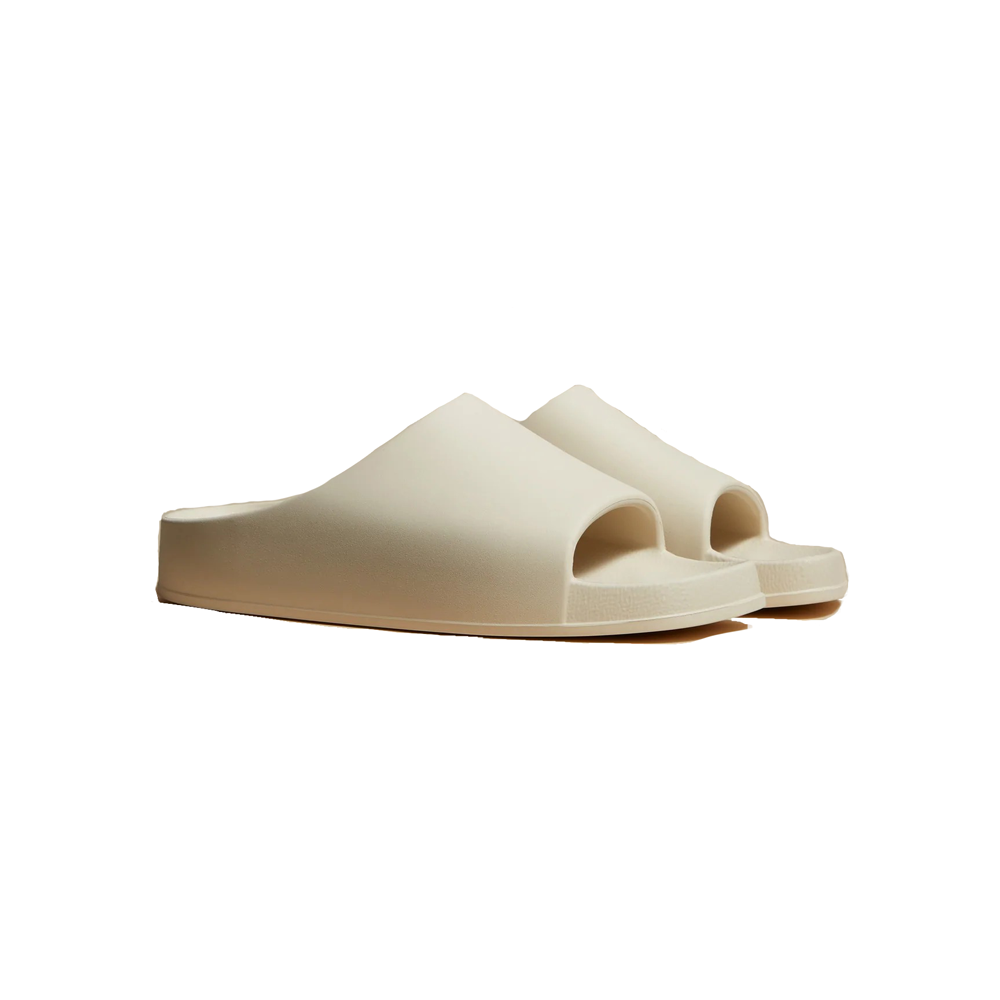 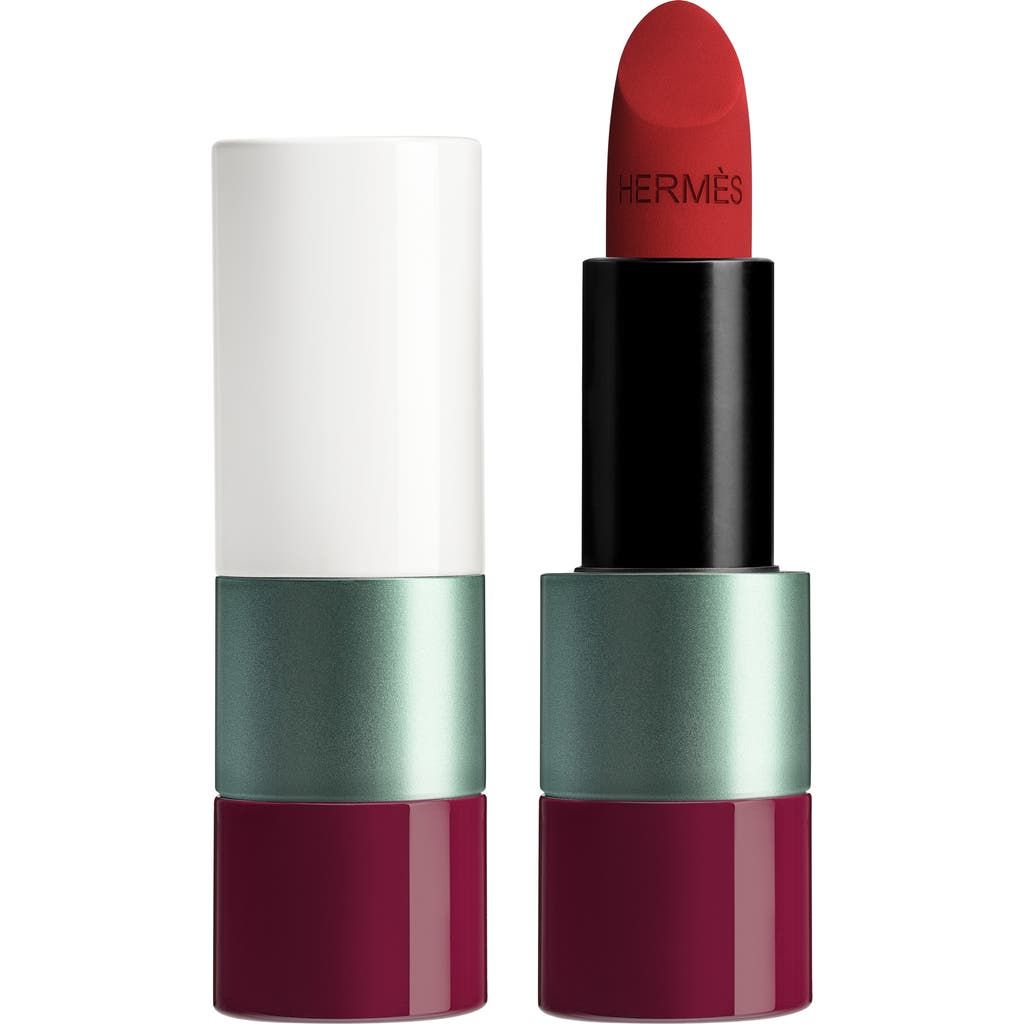 Become French with it. You can never go wrong with a red lip, and this limited edition matte formula from Hermés will withstand hot summers and give you a red hot look. Literal. 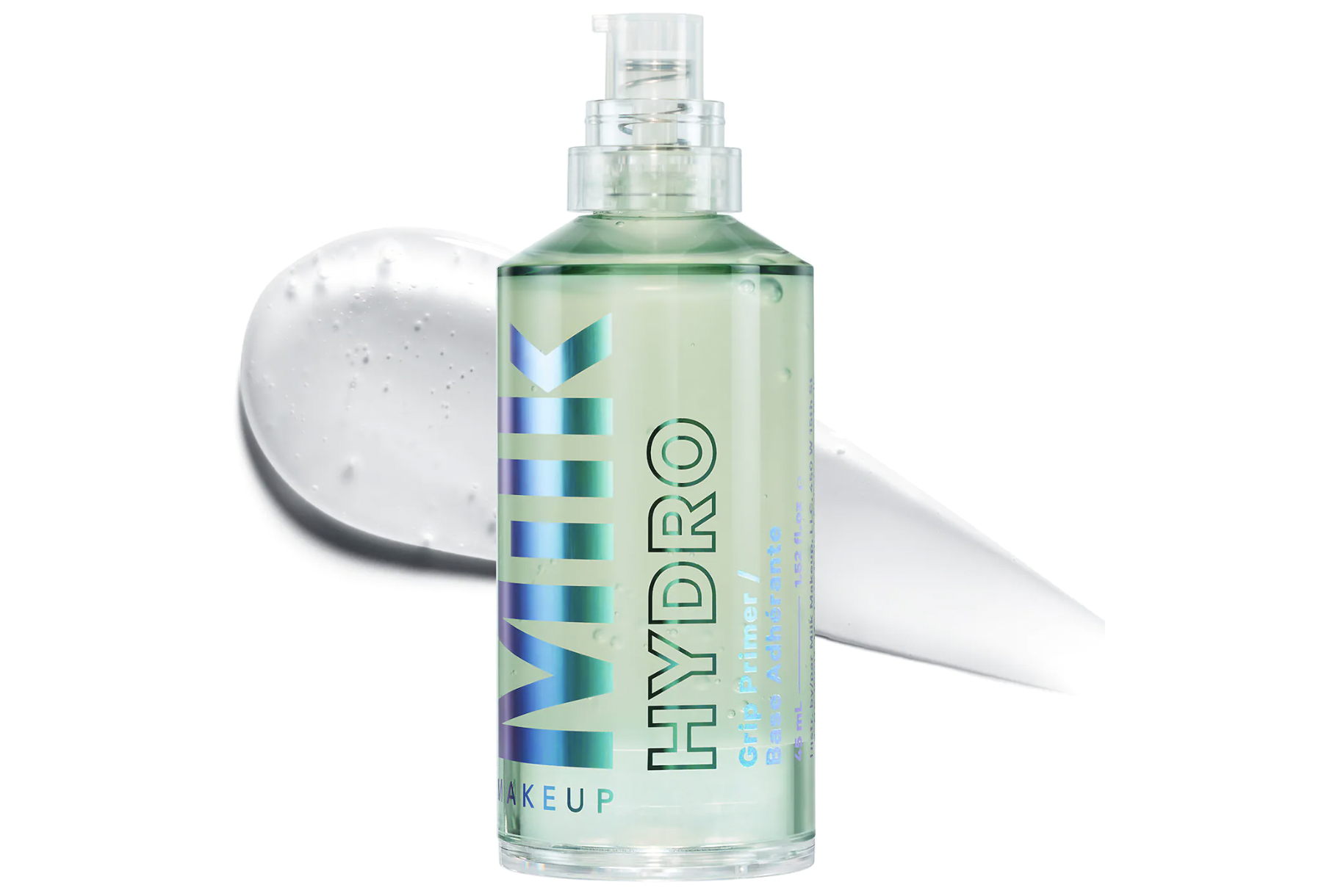 A nip slip in Nice? No problem. Make-up slipping? A faux pax, for sure. For a look that lasts all day (and night), base your face with this hydrating fan-favorite primer that’s perfect for both dry summers and cool winters. 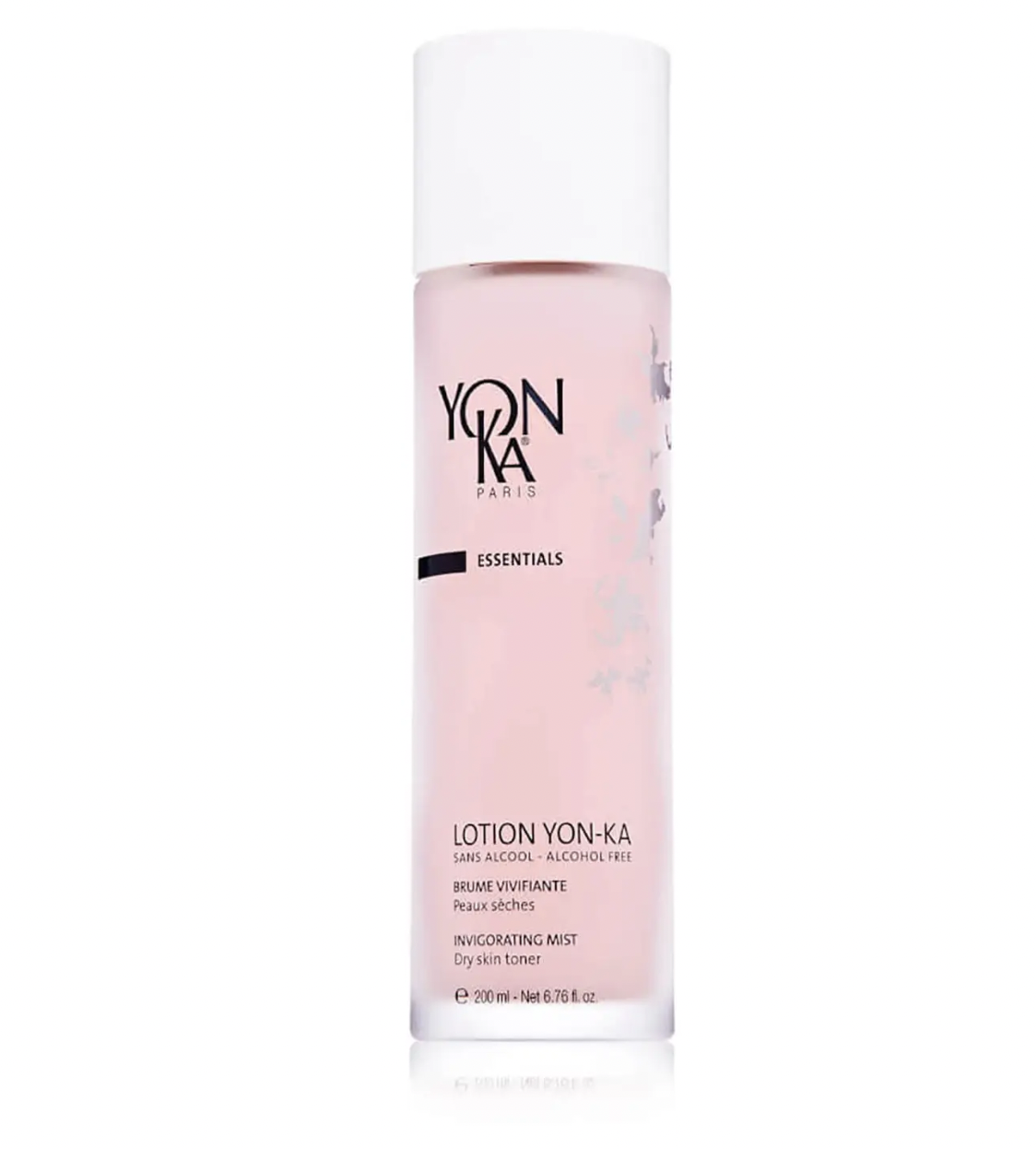 This alcohol-free fragrant toner is not only perfect for dry skin, but the scent will also transport you to a rose garden. Apply after cleansing and before serum for maximum effects, or spray in the afternoon for a refreshing pick-me-up.

Kayla Webley Adler is the deputy editor of ELLE magazine. She edits cover stories, profiles and narrative features about politics, culture, crime and social trends. Previously, she worked as a lead actor at Marie Claire magazine and as a staff writer at TIME magazine.

was original published at “https://www.elle.com/culture/travel-food/a41996425/elle-escapes-nice-france/”