His song gained the certification after achieving an equivalent of 30 million streams in the French-speaking country.

†@ckay_yo‘s “Emiliana” is certified platinum in France for sales of 200K units.
— CKay is now the first Nigerian 🇳🇬 artist with at least 2 platinum certified songs in France 🇫🇷 as lead artist!#CkayTheFirst pic.twitter.com/awdSxLBcXq

Ckay also shared the announcement on his verified Instagram page.

‘Emiliana’ had achieved gold certification in France in April after selling 100,000 copies of the song in the country.

The singer has already achieved double platinum status in France with his worldwide hit ‘Love Nwantiti’ from 2019.

‘Love Nwantiti’ garnered more than two billion views on TikTok and 500 million more on YouTube. The song has also charted on six continents, reaching No. 1 in India, Norway and Switzerland.

However, the singer had promised his fans that his album, which is due out later this year, will make history.

MY ALBUM WILL MAKE HISTORY.

Three weeks ago, Ckay became the only Nigerian to be on Time’s Next Generation Leaders list by 2022.

The Time’s Next Generation Leaders list recognizes young people from various fields and around the world “working for a better world”.

Time described Ckay as one of the most successful African artists ever on a global scale.


This post Ckay’s song ‘Emiliana’ gets platinum certification in France was original published at “https://www.glamcityz.com/ckays-song-emiliana-gets-platinum-certification-in-france/”
Tweet Pin It 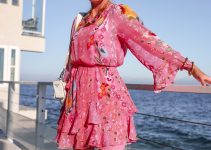