“Black-ish” may be ending, but the creative universe of the series continues: Freeform has ordered a fifth season of spin-off “Grown-ish”. And as “Black-ish” concludes, another cast member from that long-running series will now transition to “Grown-ish”: Marcus Scribner has officially been added to the show’s cast.

Scribner will reprise his role as Andre Johnson Jr. re-recording, and as the network explains, “he’s embarking on his own journey to ‘growing up'”. plays Zoey), on the show.

“Grown-ish” will air the season 4 finale, “Empire State of Mind,” on March 24, featuring Zoey’s graduation from Cal U.

Scribner has appeared in “Grown-ish” several times before, but this gives his character a permanent home now that “Black-ish” is over. He has won an NAACP Image Award for Outstanding Supporting Actor in a Comedy Series for playing Junior in “Black-ish.”

This article was originally published on Variety.


This post ‘Black-ish’ Marcus Scribner Joins Yara Shahidi in ‘Grown-ish’ for Season 5 was original published at “https://www.glamcityz.com/black-ish-marcus-scribner-joins-yara-shahidi-in-grown-ish-for-season-5/”
Tweet Pin It 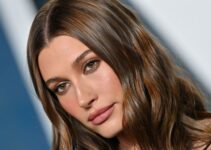