Barbie Ferreira Responds To Rumors Of Drama On Euphoria Set 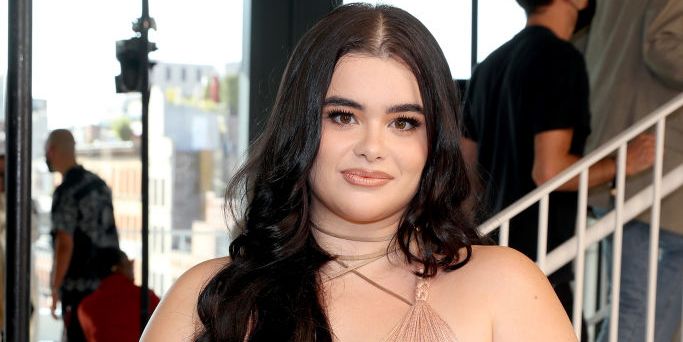 There are plenty of reasons to be upset about the final season of director Sam Levinson’s Euphoria, but actress Barbie Ferreira relieves some pressure with her latest confession: Much of the alleged behind-the-scenes drama is apparently “false.”

In an interview with Insider, the actress responded – albeit indirectly – to rumors that things did not go well between her and the director during production. These alleged incidents included “rushing off” the set and “bumping heads” with Levinson regarding story and screen time decisions, according to The Daily Beast. Rumors continued to spread after a February 2022 cover story with The Cut, which briefly addressed Ferreira and Levinson’s whispers of “arguing,” underscored by Ferreira’s absence from the show’s premiere event. To The Cut, Ferreira only added, “Kat’s journey this season is a bit more internal and a bit mysterious to the public,” which some fans are reading as an acknowledgment of her character’s diminished presence in Season 2.

But Ferreira says reports of the drama have been exaggerated. “The interesting thing about this season is that there are so many more eyes on it that even the news cycle is so interesting to watch,” she told Insider. “I’ve seen so many different things, and a lot of it isn’t true, and some of it looks like everyday little things.”

She continued: “Sometimes things take on a life of their own, and they’re not rooted in the truth, but it’s okay because I know it’s just out of passion and curiosity and all that good stuff. And I signed up for it. So, I’ll take it. I take the good and the bad.”

Ferreira isn’t the first Euphoria actor to respond to accusations of a “toxic production environment,” as claimed by The Daily Beast. Jacob Elordi, who plays Nate Jacobs, told Variety: “While you shouldn’t suffer, it’s of great value to me to work hard… [take] take care of us. This is my family. When I work long days, Sam works twice as long, and Zendaya works three times as long. We are all in it together.”

In addition, HBO released their own statement defending Levinson’s set: “The well-being of cast and crew on our productions is always our top priority. The production fully complied with all safety guidelines and guild protocols. It’s not uncommon for drama series to have complex shoots, and COVID protocols add an extra layer. We maintain an open line of communication with all guilds, including SAG-AFTRA. No formal questions were ever asked.”

was original published at “https://www.elle.com/culture/movies-tv/a39360146/barbie-ferreira-responds-to-sam-levinson-euphoria-drama-rumors/”