Angelina Jolie made a surprise visit to Ukraine during Russian invasion 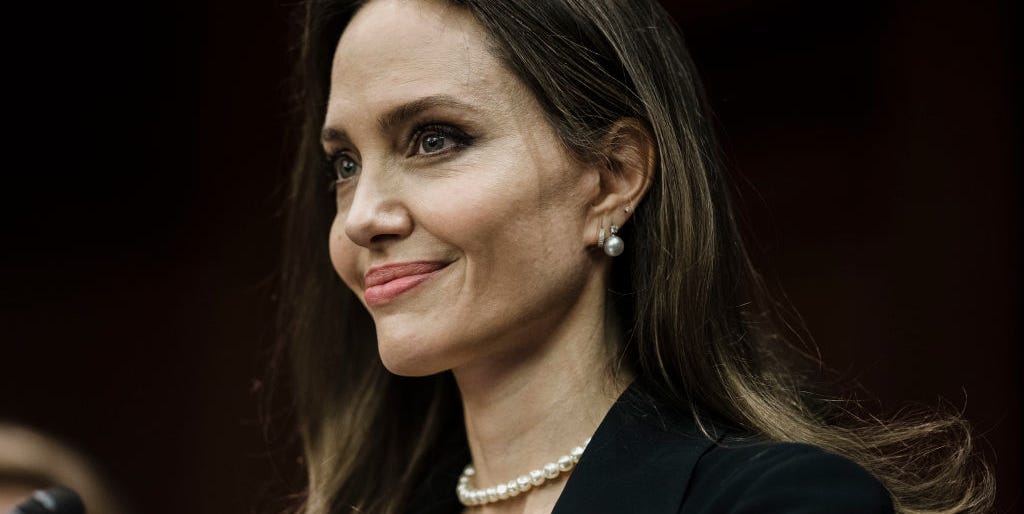 On April 30, Angelina Jolie traveled to the city of Lviv, in Ukraine, where the country is being bombed by Russian forces invading the grounds. Jolie’s surprise visit is part of a “private humanitarian fact-finding mission targeting the needs of children” seeking to show support for Ukrainian civilians and “witness the human impact of the conflict,” according to a press release published by Reuters.

Jolie is no novice to humanitarian efforts, as she is a UNHCR Special Envoy to Refugees and a frequent traveler to countries in turmoil caused by war.

“I am humbled to witness the resilience, courage and dignity of the Ukrainian people in the face of the terror and trauma of a war they did not choose,” Jolie said in the statement. “The impact the war is having on a generation of Ukrainian children is devastating to watch.”

In Lviv, Jolie visited a train station where both children and adults volunteer to work with displaced civilians. The care offers psychiatrists, who, according to their own words, see up to fifteen people a day. Jolie and her aides had to leave when the air raid sirens blared.

“They must be in shock,” Jolie said of the children she met. “I know how trauma affects children. I just know someone is showing how much they matter, how much their voices matter. I know how healing that is for them.”

In her statement, she added: “No child should have to flee their home, or witness the murder of their loved ones, or witness shelling and destruction of their homes. Yet that is the reality of so many children in Ukraine and around the world.”

The AP reports that regional governor Maksym Kozytskyy also spoke on social media platform Telegram about her visit to a local boarding school and met more children affected by the war.

“She was very moved by the stories of (the children),” Maksym wrote. “One girl was even able to privately tell Ms. Jolie about a dream she had… Many people who saw Ms. Jolie in the Lviv region could not believe that it was real.”

After meeting doctors and other volunteers during her trip, Jolie uses the experience to advocate for countries open to the safe passage of Ukrainian citizens and to make it easier for humanitarian aid to reach those left behind. And she reminded readers in her statement that their situation is not unique worldwide.

“There are currently more than 84 million people displaced worldwide, more than half of them children, who should also not be forgotten,” explains Jolie. “The outpouring of support for the Ukrainian people worldwide is an opportunity to reaffirm the right to security and equality of all peoples, and to build a stronger United Nations better equipped to prevent conflict and basic human rights, both in Ukraine and in other parts of the world.”

was original published at “https://www.elle.com/culture/celebrities/a39871802/angelina-jolie-surprise-visit-ukraine-during-russian-invasion/”

Share
Facebook
Twitter
Pinterest
WhatsApp
Previous articleThe Geng TikTok House: What you need to know about them and how they are changing the world of social media
Next articleThe 9 Best Bra Brands With Great Online Reviews in 2022