An interview with Cynthia Kaye McWilliams 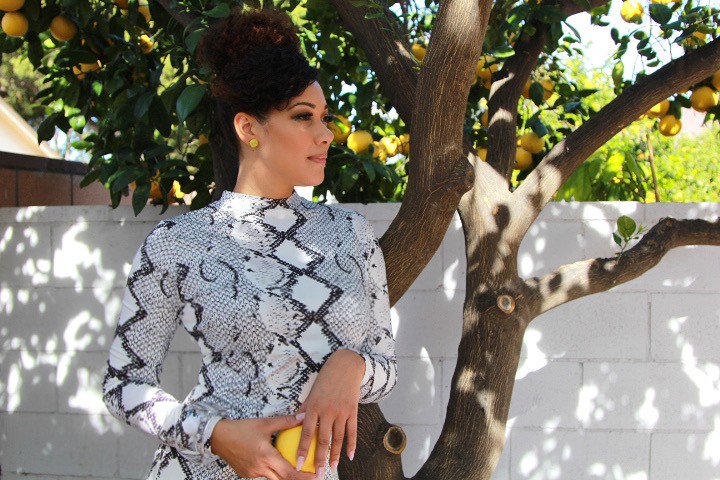 Today we are excited to chat with Cynthia Kaye McWilliams. As a young child, Cynthia always knew she wanted to be an actress when she developed a great love for theater and poetry while working in a library. Growing up in a small town, Cynthia immersed herself in a whole different world of theater art; she later graduated from the prestigious theater school at DePaul University. After her first role in Warner Brothers Film, The Lake House, she got many other roles such as shows Coyote, Real Husbands of Hollywood, Prison Break, Nashville and many more. Cynthia’s multi-talented acting has led her to a voiceover career and roles in the theater arts. On or off screen, Cynthia has a strong connection to all things acting.

With her new project, The Last Days of Ptolemy Grey, out on March 11, 2022, we’re taking a moment to hear more from Cynthia. Read below to hear about Cynthia’s upbringing, journey and what’s to come from the talented performer!

When you were little and traveling from place to place, did you know you always wanted to act?

My mother always said I didn’t choose acting, but me. When I was nine years old, I worked in a library and discovered the poetry and theater section. I started reading plays and poems and I could imagine the people coming to life. So that’s what I started doing, I started reading plays to the kids, I wrote plays for the theater, I took classes all over the school. When high school didn’t offer theater classes because there weren’t many roles for young black women at the time, I created a black theater program. Overall, I knew this was what I wanted to do, so I found the opportunities, the resources, and the people in the acting community. In the end, all those little childhood dreams came true.

You are a graduate of the prestigious DePaul University Theater School in Chicago. How was the transition from school to your first supporting role in Warner Brothers’ The Lake House?

It wasn’t a change I expected, but definitely something I wanted to do. The Warner Brothers movie just landed on my lap, I was young and ready to take every chance. Looking back, I wish I had handled that a little differently because I love theater and have a lot of respect for that community. I was so young at the time that I didn’t realize those opportunities were so valuable. So yeah, the adaptation was a shock, I should have been in the theater all my life and then movies and television happened so, so fast.

Jumping from comedy show, Real Husbands of Hollywood to drama, The last Days of Ptolemy Grey. What was the transition like to playing such different roles?

The first most important rule for me is to get started with the script, get to know this character and fall in love with them. Learning to make that connection to the character for myself, we meet in the middle. It’s my favorite part. Whether it’s comedy or drama, that’s my process. I really enjoy the freedom of how acting allows me to create.

You are also pursuing a voice over career, voices for Cartoon Network, animated film, Bilal and various video games. How did your career as a voice actor come about?

I had no idea that I would pursue a voiceover career! My university professor told me it wasn’t for me. She said “you have too much throat all over”. Well, suddenly the industry changed and looked for more natural voices, and wanted to hear people who sounded familiar to them. So I’m so thankful that my professor told me I couldn’t because if someone tells me I can’t do something, I’ll show you!

What drives you and your acting career?

What motivates me is something so simple, I love it! I love everything about film, acting and performing. It’s the thing that allowed me to find my voice as a young girl, in a smaller town with not much vision and dreams and a place where racism was still very much alive. Acting was the way for me to speak, find the truth, have power and find my own identity.

What is your favorite memory from your acting career?

When I was in college, I did a play called A Lesson Before Dying, which appealed to me. It was the first time I had a part where the story of a woman of color was valid enough to be written. I didn’t have to step outside of myself to be considered a voice, it changed a measure of agency in me as an artist. It made me realize that such plays exist, it was inspiring.

What do you think of your latest show, The Last Days of Ptolemy Gray, which comes out on March 11, 2022?

I feel excited to be a part of such an amazing project and to be involved with such amazing artists. Every time I drive through LA streets I can’t help but think “wow, I live in LA”. I am humble and grateful every day.

In your spare time you like to travel. Where do you prefer to travel and where is the next on your bucket list?

I absolutely fell in love with Barcelona, ​​its culture, food and nightlife. I came back from that trip and I really wanted to learn Spanish so I did, got a tutor and learned Spanish. The Spanish culture has a special place in my heart. Of course I want to see the Northern Lights in the future.

What advice do you have for others who want to act?

I have the same advice for those who want to act as those who want to pursue something; make sure it’s what you really want. Strive for things that are for joy and satisfaction. Make sure you do something you want to do and not what others want you to do.

Thank you Cynthia! Check out what’s coming up on Cynthia’s Instagram page!

was original published at “https://www.clichemag.com/celebrities/an-interview-with-cynthia-kaye-mcwilliams/”