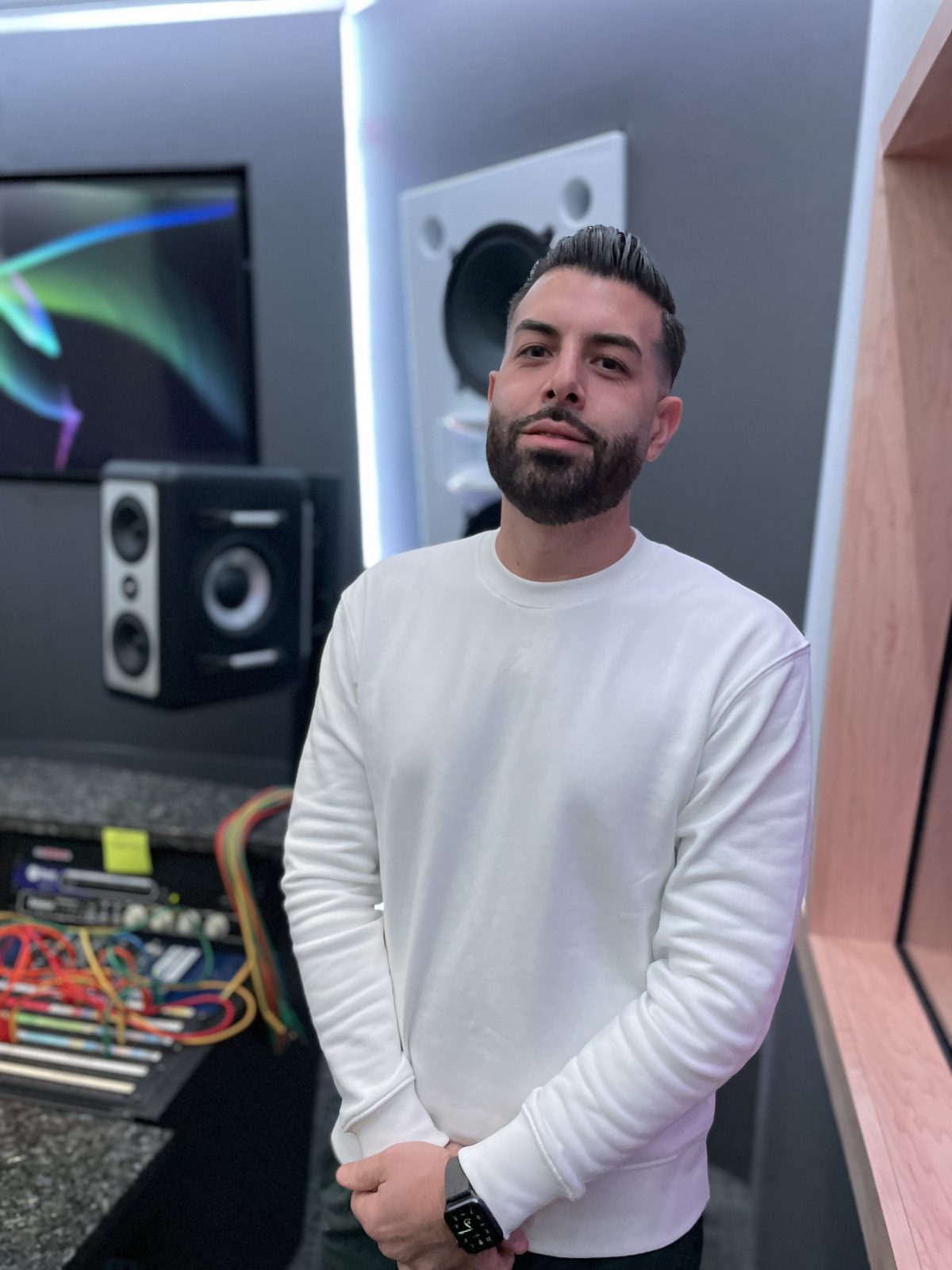 Tell us about who you are and where you come from?

My name is Matthew DeFreitas, but most know me as Formatt. I am from East Providence, Rhode Island – now living in Miami, FL. I am a music producer, sound engineer and the owner of the world class studio in Miami, Bay Eight Recording Studios.

I have been working professionally in the music industry for 18 years. I started my career with an internship at Boston Skyline Studios where I did everything they needed because failure was not an option for me. After what seemed like thousands of runs, cleaning bathrooms and answering phones, I gained their trust and slowly worked my way up to assistant engineer. I had no formal training in musical arts, so I took my education very seriously. It was all I had and my only way to break into the industry, so I picked up bits and pieces from everyone who walked into that studio; engineers, songwriters and even other interns, I was a sponge. In 2004 I moved to Miami where I worked as a freelance engineer for six years before opening my own recording facility.

What decisions influenced why you chose to pursue a career in your industry?

I grew up in Providence and worked as a producer for my first internship. I knew that a recording studio in a major city would maximize my chances of getting my work into the right hands. My passion for perfection got me excited to learn more about recording and mixing so I could take my music to the next level.

What makes your story unique?

I don’t know if unique is the word I would use. Most people think it’s rocket science, but the truth is that putting in the time, being honest, working hard, staying determined and being smart when the opportunities arise is exactly what put me in the position I’m in now. .

What are some of your goals for the future?

A long-term goal I have is to expand our facility! Lately, however, since our most recent refurbishment, our primary focus has been on building a healthy, solid and strong foundation for our workforce. I work closely with our studio manager to help our engineers and the front desk management team develop and push boundaries to create more opportunities; maintaining a focused environment by meeting our team for fresh ideas and making sure we keep our creatives aligned with their goals and the goals of the studio.

What skills do you have that have led you to be successful in your industry?

My most critical skills are my social skills. Before I was even good at recording and mixing records, I was good at understanding people and their wants and needs. I know how to read the room, which means I know when to give my input and when to shut up. When I first started engineering, I had my fair share of clientele; although I know I wasn’t the best engineer, I was instrumental in the creative process for those clients because of the energy I brought with me. They were willing to overlook my lack of skill in exchange for the comfort I could offer.

Do you have any role models or influences that guided your journey?

There have been so many at different times of my life, but I’d say one of the most consistent influences over the years is Dr. Dre is. He is a producer and mix engineer who has made very important business deals in his career, all while maintaining relevance in the music industry. I aspire to make an impact on the industry as important as he is!

What words of advice would you have for people aspiring to your journey?

Finish everyone! Get there early, stay late and don’t say no. Everything else you learn along the way. You can’t shorten experience, so make sure you stay ready to take the time to get where you want to go.

How has the COVID-19 pandemic affected your business?

We now have a leaner company. This has made me appreciate our clientele more. Knowing what you’ve worked so hard for can be phased out, but knowing you have a loyal following is unmatched. We have always emphasized cleanliness, so it was very easy to put those standards into practice. Overall, the pandemic had a positive impact as it showed how quality goes a long way.

Are there any other things we should look out for with you?

We look forward to expanding our Miami location, growing our workforce and developing our brand.

was original published at “https://www.clichemag.com/music/a-conversation-with-matthew-formatt-defreitas-owner-of-bay-eight-recording-studios/”